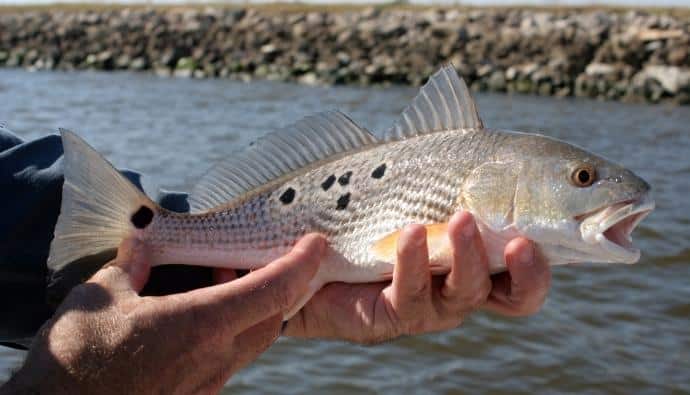 Do bears poop in the woods? Is the pope Catholic? Do you want another cold one? The answer to all of these is a unanimous yes. The same is true when asked if redfish are good to eat.

Redfish is quite common in the waters of the Gulf of Mexico and the southern part of the eastern seaboard. It’s a staple of seafood Sentry cuisine.

Used and everything from fish fries to tacos, the Redfish is a challenging fighting fish that goes down smooth on a dinner plate.

Below, we delve into why the redfish is not only good to eat but a few recipes to help you prepare a salt water golden ticket.

Are Redfish Safe to Eat?

In short, yes. Redfish can be eaten when prepared properly. However, it would help if you never consumed redfish that has been undercooked or uncooked in meals like sushi or other variations of this cuisine.

Those who eat redfish that have been poorly prepared may be exposed to dangerous parasites that can cause them to become ill.

Even though redfish generally have a  low mercury level, it’s a safe bet to clean and thoroughly cook the fish. This mitigates any adverse effects from mercury or parasites in the meat, minimizing your chances of any food or parasite-induced illness.

Redfish migrate to the ocean with their Black drum and speckled trout cousins when they achieve sexual maturity around 3 to 4 years of age.

The male redfish vibrates its swim bladder muscle, sounding like a drum, to express its willingness to meet. Larvae and infant reds are typically carried to tidal bays for juvenile years once the spawning process is complete.

Even though they are commonly referred to as “Reds,” redfish may be identified by the black spots at the beginning of their tail and their skin’s golden or bronze tint. A spotless redfish is a rare occurrence for anglers.

Redfish have a spawning season that lasts from the middle of August until the end of October, and their habitat extends from the Texas Gulf Coast along the Atlantic coast up to the Massachusetts coast.

It is notable because big red Drum schools migrate from their estuaries into the Gulf of Mexico from September until the beginning of October.

Redfish that taste the best are usually less than 24 inches long. Mild flavored and semi-flakey (not overly so) textured, redfish’s flavor profile has often been compared to that of red snapper by satisfied consumers.

The larger species tend to have more challenging, fishier meat that is often riddled with parasites and heavy metals. It’s best to avoid eating redfish over 30 inches in length.

According to some experts, redfish has a delicate sweetness to its flavor, though how you prepare and cook the fish significantly impacts the result.

While some people prefer to remove all of the black flesh (bloodlines) from the animals before cooking them, redfish fillets can be cooked as is, with no additional cutting.

Pregnant women can safely eat redfish up to but no more than two times a week. This is because redfish’s flesh tends to be lower in mercury than most big, saltwater fish and thus safe for pregnant or breastfeeding women.

Women looking to have children and pregnant women are recommended not to consume fish rich in mercury. Thus, redfish could be a viable option if you adhere to the suggested two servings a week.

The sushi-lovers out there might be questioning if they can eat redfish raw?   The short answer is you can, but be prepared to get sick.

When consuming raw redfish, you are putting yourself at a much higher risk of ingesting pollutants, parasites, or other dangerous substances that cooking could rid the meat of.

In contrast to other species, redfish is not even in the top 25 saltwater fish that are healthy for sushi or sashimi. I strongly advise against eating this fish uncooked to my sushi lovers out there.

It’s possible to encounter parasites that aren’t as abundant in other varieties of fish if you eat redfish raw.

If you want to eat redfish safely, cook it first.

Getting your fillets from a redfish is just like cleaning any of the other fish species in its habitat. In other words, clean it like you always do.  Starting at the head, right past the pectoral fin, make an incision, and begin cutting.

Once you’ve struck bone, find the spine. Once you’ve seen it, concentrate on cutting the fillets as close as possible to the tail without leaving too much meat left on the body.

Depending on where the flesh comes from on the fish’s body, it will appear in different colors.  The top of the redfish’s body has flesh that is a darker red or an orangish color, while the belly meat is a lighter red, often close to pink.

What is the most popular redfish dish is “charred Redfish.” A staple in Louisiana cuisine, this redfish recipe is one of the significant reasons why reds are so popular on the menu.

Blackening redfish brings out the complete flavor profile, capitalizing on the rich notes in the flaky white flesh.

Another favorite is grilled redfish.  It’s a great way to introduce those unfamiliar with seafood to grilled saltwater fish because of its simplistic yet delicious approach.

My favorite method of preparing redfish is tacos. Very little is as satisfactory as coming off a long day on the water with a cold beer and fish tacos.

Beyond mere sustenance has an excellent recipe for fresh redfish tacos with mango salsa, avocado, shredded cabbage, and lime wedges.

Utilizing the tasty, white flaky flesh set against the smooth avocado, crisp shredded cabbage, and tart mango salsa and lime, this recipe checks all the boxes, filling and refreshing.

Redfish is also often fried. Seasoned with everything from proprietary blends to Tony Chachere’s and battered in corn or wheat flour, redfish is a staple in both southern restaurants and, honestly, fish fries.

There are various other methods for preparing redfish online, but the best way is the one you put your heart into.

Redfish is a centerpiece on a plate that can be the star of the show with as little as butter and lemon or can be grilled on a half shell and brought out on a silver platter.

Redfish is a delicious and easily prepared species that are native to the waters of the Gulf of Mexico and Atlantic seaboard.

Whether at a restaurant or at home, this fish can be easily prepared and enjoyed by all, whether on a half shell, in a taco, or fried. You can’t go wrong with redfish.

However, I speak for myself and many of the anglers I know in saying the best redfish we’ve ever had are ones we caught ourselves on a long, fun day on the water. Good luck, and as always, stay safe out on the water.