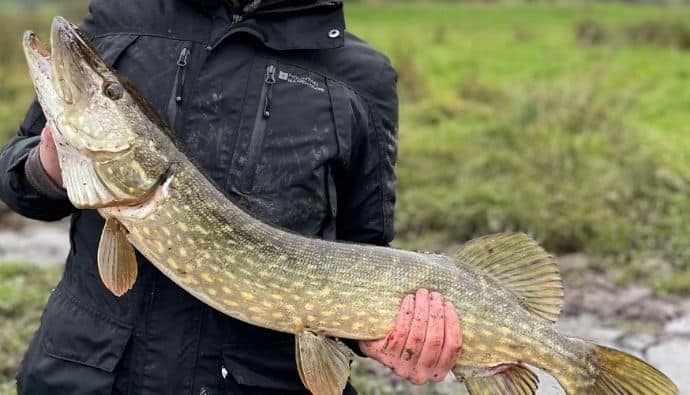 Northern pikes are sharp hunters known for their big size, agility, and aggressiveness. The aggressiveness of the northern pike coupled with their acrobatic leaps makes them a prize game for anglers.

We have put together a list of five of the best northern pike lures of 2022 for you to choose from.

The five best northern pike fishing lures for anglers are:

Spoons are the go-to choice for many anglers when it comes to northern pike fishing. This is due to the simplicity of this lure as well as its effectiveness. A spoon refers to a curved piece of metal that has a hook. The vibration and flash of spoons make them function as a lure for the northern pike.

A spoon is usually tough, ensuring durability and sturdiness. These qualities stand spoons out as a reliable lure, which every angler should have in their tackle box.

You do not have to worry about your spoon catching onto weed with the Johnson Silver Minnow. You can cast out your spoon and reel it back in seamlessly. It also provides you with wobbling action to lure the pike.

The Johnson Silver Minnow comes in different colors, which include gold, silver as well as red, and white. The silver and red and white variants work best for sunny days, while gold should be used on cloudy days.

Other spoons to consider are Doctor Spoon and Eppinger Dardevle.

If you are fishing in a body of water with heavy vegetation, you might want to consider a spinnerbait. Spinnerbaits are designed with a teardrop blade which keeps the lure from getting caught on weed.

The way it works, a spinnerbait creates a vibration by skimming over the vegetation, which doubles as the strike zone. This will attract the northern pike and cause it to strike, thereby enabling you to catch it in the process. 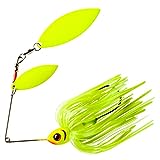 The Booyah Pikee Spinnerbait is a reliable tool for fishing northern pike. It is strong enough to withstand the sharp teeth of pike, having a sturdy Vibra-Fix wireframe. It also comes with a 12-inch steel leader, which ensures that the northern pike cannot bite through your fishing line.

A Silo-Tex skirt simulates the action of injured prey. The double willow blades of the Booyah Pikee Spinnerbait create vibration and flash in the water. These two features combine to lure the pike to the bait.

Other spinnerbaits to consider are Mepps Musky Killer Spinner.

It also moves like an injured prey to give off vibrations that will pique the northern pike’s sensitive literal line. The Rapala Super Shad Rap can be used for trolling as well as casting.

Jerk bait is very similar to crank bait in the sense that they send vibrations to the northern pike using their movement. Jerk bait typically moves in a stop-and-go motion luring the pike to think that it is prey.

The Rapala Husky Jerk is a large bait that attracts northern pike using aggressive movement. After it is cast out, it is then retrieved in sharp motion, which causes aggressive twitches. This movement causes vibrations in the water, thereby attracting the attention of the northern pike.

Just as the name suggests, buzz bait is a type of lure that attracts northern pike by using buzz. This buzz refers to a combination of sound and light (flash).

The D&M Custom Slow Roller Buzzbait serves as an effective lure for northern pike in the strike zone. With its slow retrieval, you can keep it on the water long enough to attract a big northern pike. The soft tone and flashy color also help to attract the pike.

Things to Consider When Buying a Lure for Northern Pike

Northern pikes have strong and sharp, which gives them a tight grip on their prey and anything else that they bite. As a matter of fact, most pikes have sharp fang-like rows of teeth that number between 300 and 700.

Owing to the number and strength of their teeth, pike can easily bite through your fishing line and destroy any lure that you throw in the water. This is why a leader should be an important part of your tackle box. A leader will help you to prevent the pike from biting off your lure.

Pike have physical features which make it easy for them to lay ambush for their prey. With a sensitive literal line, they can sense vibrations, buzz, flashes, buzz, rattles, or even flutters of an approaching or injured prey.

This sense helps them to locate their prey swiftly. They also enjoy low light vision and impressive depth perception, which enables them to fish in the dark, usually at dusk and dawn. As a result of their hunting style, it is best to go northern pike fishing around sunset and sunrise.

This is because they are most active at this time. Northern pike lures with bright colors are great for alerting the senses of pike. Vibration, buzz, and flash are other factors to consider when choosing a fishing lure.

Northern pikes are expert hunters that make use of aquatic weeds as camouflage to catch their prey off guard. As such, you will be sure to find them in parts of the water with a weed bed.

Whatever pike lure you choose, it is important to know that pike fishing requires precision. Ensure to get a leader in order to provide the pike from biting through your fishing line. Also, be sure to use lures that are flashy enough to stimulate the senses of the pike.

Vibrations and buzzes also help stimulate pike. Remember that pikes are aggressive, so you must be ready to match their strength. Check the area where you are fishing to be sure it has vegetation.

Plan your fishing time to sunset or sunrise, as pike usually hunts around this period. Overall, it is important to go with complete gear in order to guarantee your safety.