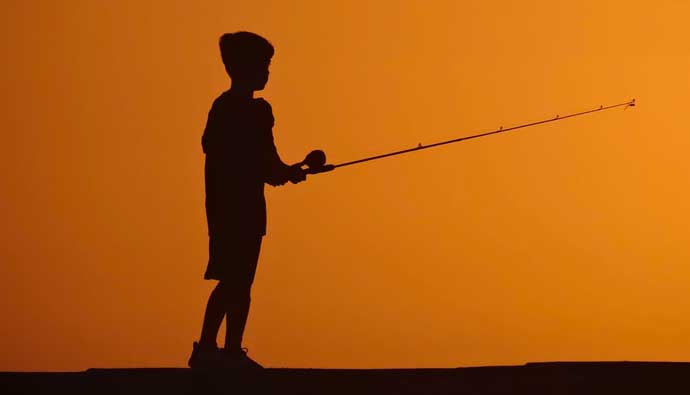 They are serious reels and are some of the fastest on the market. It’s time for your bait to scream and get the attention of fish far and wide!

Spincast reels were first introduced by ZEBCO in 1949. They were an attempt to end the issue of backlash in baitcasting reels and line twists in conventional reels.

With a spincast reel, the line is thrown from a fixed spool and can be used with light lures and baits. The risk of backlash is much lower than with a baitcaster, this makes spincasting reels more “user-friendly”.

The inner mechanisms of a spincasting reel are enclosed in a “nose cone” to protect the fixed spool.

Spincasting reels make a good beginner reel for children and inexperienced anglers. They are easy to use and do have a low risk of tangles.

In this article I am going to cover several of the best spincast reels, how they work, the best time to use them, and much more.

A spincast reel, also known as a “spinner”, “one-hander” or “pushbutton.”, is a fixed spool reel with the spool and inner mechanisms enclosed in a nose cone with an eye for the line to travel through.

Spincast reels have a pin on the top of the spool that is retracted when the thumb trigger is pressed. This allows the line to flow through the eye when casting.

The type of rod you need will depend on the type of fish you will be going after. Spincast reels come with a matched rod.

Most anglers prefer a six-foot rod with good sensitivity, for controlling a variety of baits.

Speed reeling can be very beneficial when bass fishing using crankbaits. With aggressive bass, it is often important to cover as much water as possible.

A fast retrieval will usually produce a better reaction strike. Bass will chase, strike and hook themselves before they know what happened.

Zebco is one of the first names to come to mind when thinking of spincasting reels. And so, Zebco was the first to invent the spincaster to solve the problem of backlash and tangles.

Zebco fishing gear can be found in about every retail store that sells fishing equipment.

With a large variety of choices, Zebco is still one of the most popular and most recognizable fishing gear manufacturers in the world.

Spincast vs Spinning Reel: When to Use Each

A Spinning reel features a spool that sits parallel to the main axis of the rod. They are designed to hang beneath the rod when in use, unlike most reels that are designed to rest on top of the rod during use.

To cast with a spinning reel, you must first move the bail arm into the up position; this is often called “opening the bail”.

This frees the line and allows it to unspool (the spool of a spinning reel does not spin during casting). You need to keep the line tight by pulling the line with your first finger while you prepare to cast.

Maintain the pressure on the line during your backswing and only release it at the very end of your casting motion. You can usually adjust the drag the amount of resistance the reel applies to the line of a spinning reel via a dial on the front of the spool.

Spinning reels are usually used by somewhat more experienced anglers fishing much larger fish, or when longer distance casts might be necessary.

Like spinning reels, spincast reels feature a spool that is parallel to the rod axis. Also, they do not rotate during the cast. Instead, the line simply unspools as the weight of the lure pulls it free.

But, unlike spinning reels which require the angler to hold the line in place during the cast, spincast reels are easier to use. When it is time to cast, a button on the reel is pressed, then released at the proper point of the cast, which allows the line to unspool.

Because the line is covered by a plastic or metal housing, spincast reels do not become tangled as spinning reels do. You’re going to experience fewer technical problems when using a spincast reel.

This is part of the reason why spincast reels are often the best option for children and beginning anglers of all ages.

How to Put Line Through a Closed Face Reel

To put the line through a spincast “closed face” reel, start the end of your line through the eye of the nose, push the button and release to let out line through the spool. Replace the nose cone afterward, there are several mechanisms used for this, some a pin and indent, some are threaded.

Once you have the desired amount of line, cut the line and press the “button” to release the line, thread it through the eyelets on the rod.

How to Cast an Open Face Reel

To cast with an open face reel, you must first move the bail arm into the up position this is often called “opening the bail”.

This frees the line and allows it to unspool (the spool of a spinning reel does not spin during casting). You need to keep the line tight by pulling the line with your first finger while you prepare to cast.

Maintain the pressure on the line during your backswing and only release it at the very end of your casting motion. You can usually adjust the drag the amount of resistance the reel applies to the line of a spinning reel via a dial on the front of the spool.

How to String an Open Face Reel

Run the new line through each of the rod guides, taking care to make sure the line is centered in each guide. Affix the line to the reel spool.

Put 7 to 8 inches of monofilament line around the reel spool and then reverse direction so that a loop is formed next to the doubled line.

Close the bail and turn the reel handle and make sure the line wraps around the spool.

Set the new spool of line on the floor and turn the reel’s handle a few times to determine the new line’s direction. If it is not counterclockwise, flip the spool over to the other side to reverse direction.

Hold the line with your thumb and forefinger and apply pressure to the line so it seats on the spool. Reel until the spool is filled with the desired amount of line.

How to Use an Open Face Reel

An open-face reel spool does not spin when casting. You must release the bail located at the top of the reel by flipping it up to cast.

Once you have made your cast, when you reel the handle this will flip the bail back in place and begin to retrieve the line. 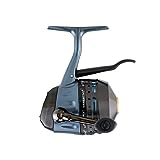 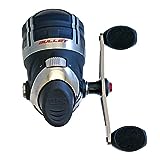 New for 2017, Zebco, the most recognized brand in fishing, introduces the fastest version ever of the tangle-free reel they made famous.

Named bullet – it’s faster than all spin cast reels, and even faster than 6.1:1 baitcasting reels and a size 20 spinning reel.

Geared at 5.1:1, bullet picks up an unprecedented 29 inch of line with each revolution of the handle. The handle that’s padded with unique-feeling new gripe all-weather handle knobs. 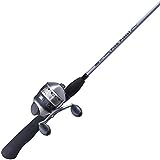 The lightweight graphite frame with metal handle and rubber knobs make the Zebco/Quantum 33562PML more comfortable for all-day use. 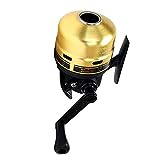 An old-school design that’s been updated for the new millennium. The Daiwa Goldcast has been a favorite of anglers young and old for years.

Features of the Daiwa Goldcast Spincast Fishing Reel include: 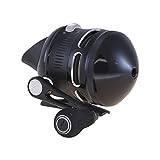 Quick-change spool system with a free spare spool for fast line switching. Pro models are equipped with power and speed handles to give you maximum leverage with hard-pulling lures and heavy fish. 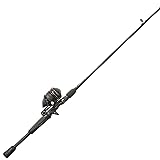 The lights get brighter and the batteries last longer on the Zebco patented Bite alert system. It provides both visual and audio indications when a fish begins to tug the line from the reel spool.

Bite Alert has always had a loyal following among serious-minded users of 808 spincast. But, the batteries often fell short on longevity. Now it’s improved because there is only one battery instead of two, and it lasts much longer.

Plus, the light is now green instead of Red, making it more visible to anglers that often chase catfish at night.

Zebco has also worked hard to improve the performance and ease of use of the strike sensitivity change. This 808 spincast combo features a 7′ medium-heavy action rod with a high-vis green tip.

Q: What is a spincast reel?

A: Spincast reels cut backlash “birdnest” tangles because the spool on which the line is wound doesn’t move. As the rod is cast, the line is pulled off the fixed spool through a hole in the front of the reel by the weight of the lure.

Q: What is the best spincast reel?

A: Zebco 33 because of the reliability and ease of use.

Q: What is the best Zebco reel?

Spincast reels are one of the easiest fishing reels to use. They are very beginner-friendly and hold up well to heavy use.

For saltwater, the Zebco saltwater reel is a good choice, while the Zebco 33 and Zebco 404 are common in freshwater.

There are many different types of reels on the market but the spincast reel offers ease of use, reliability, and durability that can not be beaten.