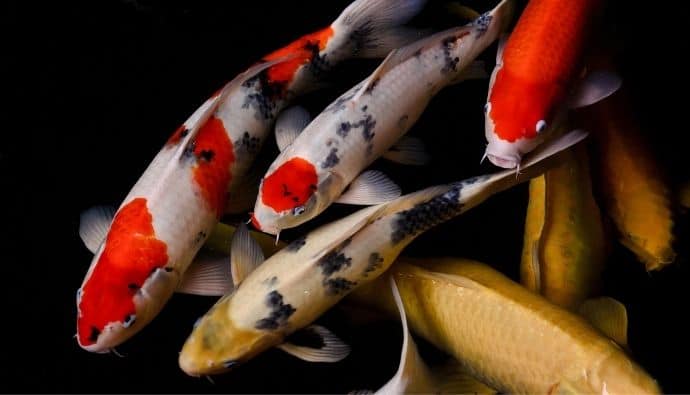 In Japanese culture, it’s believed that Koi fish brings in fortune since it’s a symbol of good luck. It’s a domesticated variant of the amur carp that’s commonly captive-bred with its vibrant colors.

The koi carp are ornamental fish that are usually seen on backyard ponds. It’s considered an expensive fish priced for its physical appearance and long life span.

With its aesthetic quality, can you eat koi fish? Learn the facts of this fish species and clear out your confusion if you can really eat Koi.

About Koi Fish: Facts You Should Know

Can You Eat Koi Fish?

Yes, you can eat Koi.

Those who have tried it compares its taste with a catfish. These freshwater fish were at first taken to Japan and SE Asia as edible carp meat.

It’s considered one of the healthiest fish for consumption due to its vitamins and minerals such as omega-3 fatty acids, protein, Vitamin D, and other important nutrients essential for your body and brain.

However, the appearance of Koi fish tends to stand out no matter what health benefits humans can gain from it.

Chinese farmers also started to raise Koi fish at rice paddies, so it’s suitable for eating, but it was until the 1800s when it was introduced as a pet due to its striking colors.

There’s a notion that a colored carp is poisonous. Not all Koi species can indeed be consumed. Some types can just be taken as pets, especially if it’s a cross-bred.

One of the carp that’s popular for eating is the common carp or the feral European carp. The common carp is cheaper and has tender meat compared to other carp species that have meat that’s a bit tough.

Its taste would greatly depend on how it will be cooked. Usually, it’s deep-fried or baked, its internal organs and skin are removed before slicing the Koi meat.

It’s said that the taste of the Koi would depend on what kind of food they’re eating and where they’re staying few days before cooking.

If you would freshly pick them from the wild, it may have a muddy smell since they love eating algae and anything that’s on the sea or river floor.

To get rid of the muddy after taste and to ensure that it’s clean, let it stay in a freshwater tank and feed it with natural foods like fruits and vegetables at least a week before cooking.

Nowadays, eating Koi fish is no longer a common option for human consumption. One of the reasons you might not want to eat this carp fish is that they usually stay in stagnant water and eat algae with a foul smell.

With this, no matter what way of cooking you do, it’ll still leave an aftertaste. There are also high chances that you’ll get a bacterial infection if you eat them raw.

Captive-bred is fed chemical feeds to further enhance their color quality, making Koi fish dangerous for human consumption. Exotic restaurants that offer Koi dishes ensure that what they serve on a dinner plate is grown from a clean tank and only eats natural food.

Koi fish may not be a go-to seafood delicacy, but as long as it’s prepared properly, you can create a unique dish filled with health benefits. If you’re not comfortable eating this sacred fish, it can be an awesome pet in your backyard pond.

For fishes to eat, we recommend our articles on:

YouTube
Articles » Freshwater Fishing » Can You Eat Koi Fish? (Here’s What You Should Know)