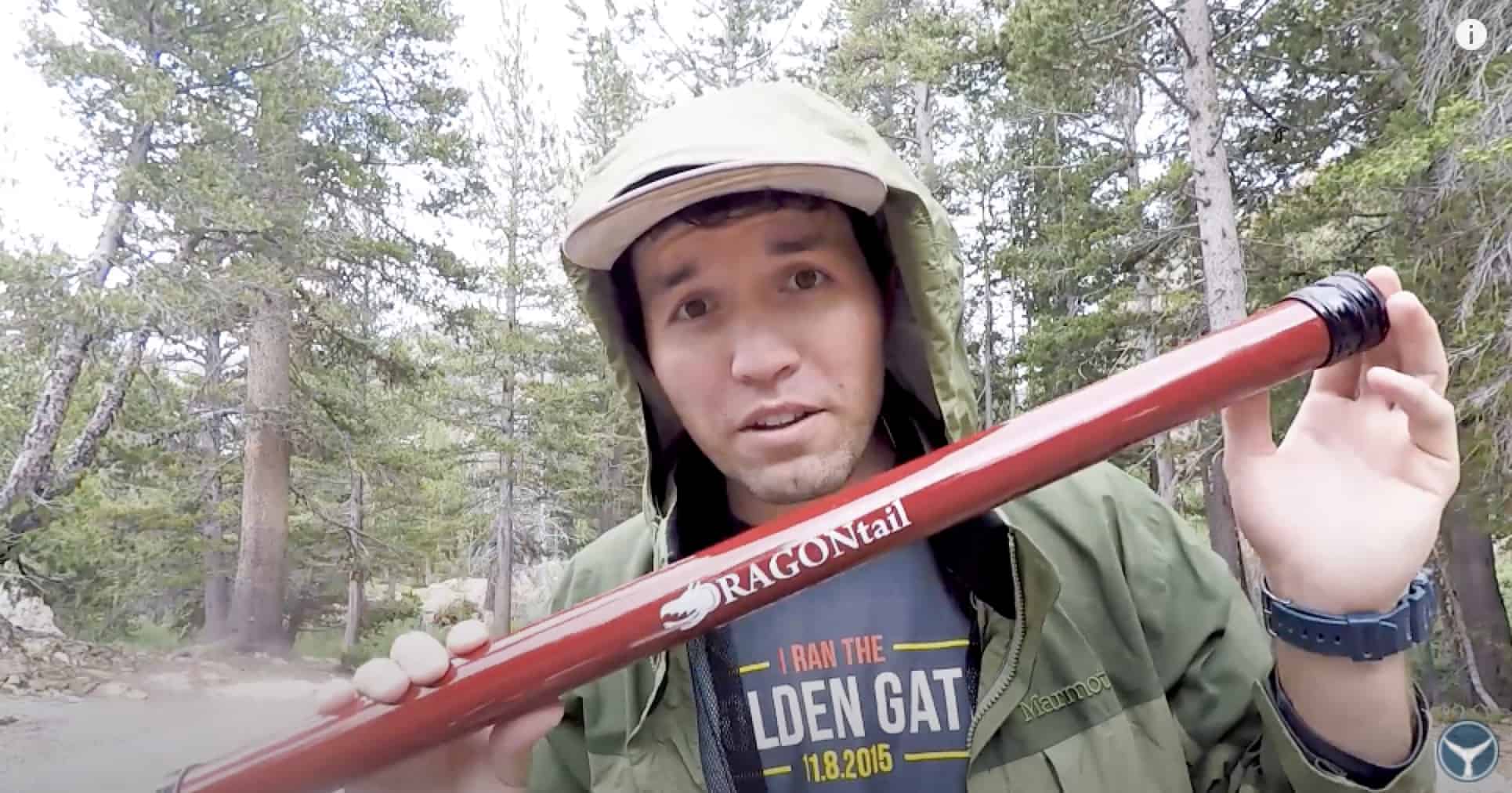 I’m a massive fan of my Dragontail Shadowfire 365. My cousin Bryan first introduced me to Dragontail when he was getting into tenkara.

He had the Shadowfire 360, which was a solid entry-level tenkara rod for the time. Brent has been hard at work finding ways to improve the design. That’s why when the Shadowfire 365 was released, it made a mark on the community.

I’ve now had a few years to play around with it in Yosemite’s backcountry and wanted to share my thoughts with you.

Tenkara fly fishing has been around for centuries and originated in Japan. The fish in the mountain streams are finicky and required a simple and effective way of presenting the fly to be bitten.

This simple fly fishing style was brought over to the States over a decade ago for us to enjoy. There are countless tenkara rods on the market today. Still, instead of going into the various models, I wanted to focus on the good and bad of the Shadowfire.

It’s hard to imagine what more you can get packed into a tenkara rod under $100. Let’s unpack what makes this 12-foot tenkara rod so unique.

The 6:4 soft-action allows for plenty of feels while casting and waiting for a bite. For example, if you pick up the Hellbender, you’ll notice how stiff that rod is, critical for larger fish.

The Shadowfire excels at fish under a couple of pounds. I wouldn’t want a fish bigger than 2 pounds on the end of my line, knowing my rod might break if I made the wrong move.

Having spent countless hours casting this rod for stubborn trout while fishing in Yosemite, I can tell you the rod casts smooth. I’ve tried the various Moonlit furled lines, and they all cast well.

Lately, I’ve switched to a level line and now prefer it. This is a great rod when paired with #3 or #3.5 level lines.

It’s made from IM10 carbon fiber and weighs anything. It’s perfect for a full day on the water.

The Shadowfire rod is 12 feet long when extended but packs down under 24 inches. If you’ve used a tenkara rod before, you know how important it is to break down your rod and move from spot to spot to find the bite.

This rod comes with a sturdy aluminum round tube case, which is substantial…how do I know? Well, my cousin drove over it with his car, and it didn’t break the rod inside.

A great rod wouldn’t miss out on further protection. That’s why the Shadowfire 360 and 365 come s with a knitted rod sock and a tip protection cap. It’s hard to damage this rod during transportation.

After a few seasons, the rod has held up well. The high-quality carbon fiber rod sections and cork handle haven’t shown any sign of fatigue or slowing down.

With any tenkara rod, it’s essential to be careful with getting debris between the telescoping rod sections. I’ve had this happen one time, and it was annoying trying to get fixed while in the backcountry.

Prevention is better than dealing with this issue.

What’s unique about the Shadowfire 365 Lillian? Well, as all great rods should, this rod uses a swivel tip, Lillian. This allows your tip to rotate and move around with your furled line or level line.

The handle on this rod is made of cork and is super comfortable. It has an hourglass shape, which gives you solid holding points. Whether you like to choke up on the handle or get some extra length by holding around the base.

The bottom has a screw cap that gives you access to all the carbon rod sections if you need to clean or replace a section.

Now that we know there are eight sections to this rod and it’s high quality, what other goodies come with it? If you use my promo code “Castandspear,” Brent offered to throw in a line holder free of charge.

This line holder is crucial if you plan to break down and build your rod between spots.

Brent also sells a bunch of items on his site, including:

How Do You Fish Tenkara?

To fish tenkara, it requires that you have a rod, furled line, tippet, and a fly. Then it’s the matter of casting to the proper spot and presenting the tenkara fly in a manner that gets the fish to bite. Since there is no reel, you’ll need to set the hook and lift the rod high in the air to bring the fish towards you to the net.

Are Tenkara Rods Worth It?

I’ve found tenkara fly fishing to be even more productive at catching trout in Yosemite’s backcountry. The downside is not being able to cast as far as a typical fishing setup, but it’s hard to beat for rivers and streams.

I’ve caught plenty of fish in lakes with it too.

This one is a tough question to answer. I’ve used both and have caught trout on both without issue. If the trout are being selective, then I use a level line because it doesn’t spook the fish as much since the fluorocarbon is stiff to see in the water.

For a beginner, it’s hard to beat using a furled line to get used to casting. They are hard to break, meaning you’ll break your tippet before damaging the line. Usually, they are brightly colored so you can keep track of your line.

Eventually, I feel the presentation and simplicity of the level line is the ideal way. Make sure you get the Japanese-made orange thick fluorocarbon mainline material for castability.

Would I Rebuy It?

Yes. The Shadowfire 360 was a solid rod, and now it’s upgraded version is even better. My cousin still uses his 360 and loves it, which means I’ll always love this 365 for years to come.

Brent did recently send me the Nirvana 400, which is the other upgraded premium line by Dragontail tenkara. Once I have a chance to review it, I’ll let you guys know. Worst case, this will be my travel and loaner rod.

Johanes Godoy
Fishing Editor
Did this article help you? Yes No
× Why not?