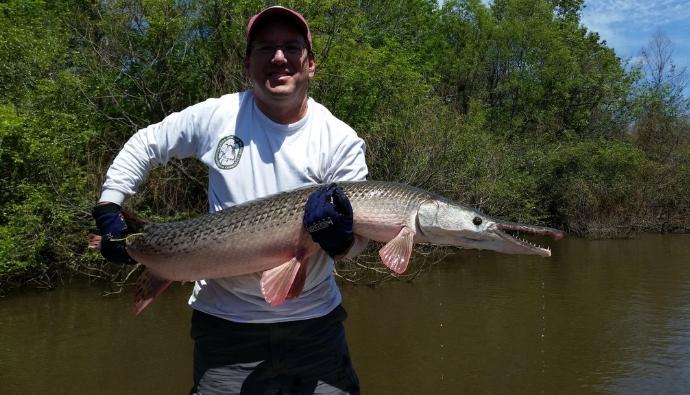 Some fish are known for their gentle demeanor and docile nature. But don’t be fooled by appearances. There are plenty of fish in the sea with sharp teeth that can do some severe damage.

Being in the water with these toothy predators can be a scary experience. You might not even realize how close you are to one of these creatures until it’s too late. Not all fish are created equal, and some have the upper hand when it comes to their teeth, like the Moray Eel.

They can range from being razor-sharp to just plain dangerous. But knowing which fish have sharp teeth can help you avoid them and stay safe in the water. Read on if you’re curious about which fish have the sharpest teeth.

A few stand out when it comes to fish with sharp teeth. They are the most ferocious fish in the sea and can cause serious damage with just one bite.

The piranha is the epitome of a toothy predator. With its razor-sharp teeth and powerful jaws, the piranha is a force to be reckoned with. Native to the Amazon River, Orinoco River, and beyond South America, these sea creatures are known for their aggressive behavior and ability to strip flesh from bone in seconds.

They are perfectly equipped to tear through flesh with a single row of teeth that are very sharp on their top and bottom jaws. They can strip a human of flesh in minutes and have been known to kill and eat other animals, including piranhas.

Their strong jaws and maximum force-to-bite ratio make them one of the most dangerous fish in the world. They typically grow to be about 10 inches long but can reach up to 20 inches in length.

The red-bellied piranha is the most aggressive and dangerous of all piranha species and have generally blunt heads. They are also the largest, with some individuals growing up to 15 inches long. They are ferocious predators and have been known to attack humans.

With their sharp teeth, they can cause serious injuries. They’re also known to be one of the most cannibalistic fish, often eating their own young. But the piranha with the strongest bite force is the black piranha. These fish have been known to bite through steel, so you can only imagine the damage they could do to human flesh.

Though they may not look like it at first glance, wolf fish are some of the most dangerous fish in the sea. Their large mouths and sharp teeth can easily take down prey much larger than themselves.

And if that wasn’t enough, they also have a venomous spine behind their head. Their mouth has strong jaws with large canine teeth reaching up to 2.5 cm in length. The canine teeth are so long and sharp that they can puncture through the skin of their prey and even penetrate their prey’s skull.

Their massive molars are also razor-sharp, making them capable of shredding their prey. The venomous spine is located just behind the head and is used as a defense mechanism against predators.

When the spine is touched, it releases venom that can cause severe pain and swelling. In some cases, it can even be fatal. They’re native to the cold waters off the coast of Norway, Iceland, and Greenland, but they can also be found in the Great Lakes of North America.

Their teeth are so sharp that they’ve been known to bite through the fishing line, and they’re not afraid to take on humans either. So, if you’re looking for a fish that’s sure to give you a good fight, the wolf fish is a great option. Just be sure to watch your fingers around those sharp teeth!

Their scientific name is Atractosteus spatula; alligator gar is one of the largest fish in North America. They can grow up to 8 feet long and weigh over 300 pounds. Alligator gar gets their name from their long snouts, which resemble that of an alligator. But it’s their sharp teeth that make them truly dangerous.

Alligator gar are known to eat just about anything they can get their teeth on, including other fish, turtles, ducks, and even small alligators. They’ve even been known to attack humans on occasion.

They have two rows of razor-sharp teeth measuring up to 3 inches long. Their teeth are slender, sharp, and curved, making them the perfect tool for slicing through flesh. These teeth can do some serious damage if you’re not careful.

Esox is the only living genus in the family Esocidae—the esocids which were endemic to North America and Eurasia during the Paleogene through the present. The species of this genus are known as pike and pickerel.

The type species is E. Lucius. Pike are typically long, slender fish with sharply pointed mouths and teeth. They are found in freshwater environments, though some species (notably the muskellunge) can live in brackish water.

Pickerel are very similar to pike but tend to be shorter and stockier. Pike are predators, preying on other fish, amphibians, reptiles, birds, and small mammals.

They are ambush predators, lurking in cover and striking at their prey with lightning speed. Pike are known for their aggressive nature and have been known to attack human beings.

The great white shark is one of the most feared predators in the world, and for a good reason. These massive fish can grow over 20 feet long and weigh over 5,000 pounds. But size isn’t the only thing that makes great white sharks dangerous.

These predators are also equipped with a terrifying set of teeth. Great white sharks have around 300 serrated, triangular teeth arranged in rows, and each one of those teeth is incredibly sharp. Great white shark teeth are so sharp that they can easily slice through flesh, bone, and even metal.

Fortunately, great white sharks aren’t usually interested in humans. But that doesn’t mean they won’t attack if they feel threatened.

You can find lingcod in the cold waters off the coast of Alaska and Canada. Their scientific name is Ophiodon elongatus, and they’re a member of the greenling family. Lingcod can grow to be over 60 inches long and weigh over 80 pounds.

Their mouths are full of sharp teeth designed to crush their prey. Lingcod mostly eat smaller fish, but they’re not above going after crabs, squid, and other invertebrates.

With about 555 teeth in two sets of jaws, the Lingcod has a lot of choppers to go around with. But most of these are tiny, cone-shaped needle-sharp teeth that line the cod’s throat. The Lingcod’s large, sharp teeth are found in the front of its mouth and on its tongue.

These big chompers can grow up to an inch long and are incredibly sharp. Lingcod are popular among fishers because they are a good source of food. They are also known to put up a fight when caught, which makes them a popular choice for sport fishing.

Their flesh is often compared to that of chicken or lobster. They have a mild flavor and can be cooked in various ways. If you’re lucky enough to catch a lingcod, clean it properly and cook it thoroughly before eating.

The payara is a predatory freshwater fish native to the Amazon Basin. It is known for its long, sharp teeth and voracious appetite. Also known as the Dracula or vampire fish, it can grow up to47 inches long and weigh up to 40 pounds.

The payara is an opportunistic feeder, preying on small fishes, crustaceans, and insects. It is a solitary fish but can be found in groups when hunting. When not hunting, it hides in the shadows, waiting to ambush its prey.

The payara is a popular game fish, prized for its fighting ability. It is also a popular aquarium fish, although it can be aggressive towards other tank mates. They have two fangs a little longer than the rest of their teeth in the lower jaw, which can grow up to 2.5 cm in length.

These fangs are connected to venom glands, and the venom is injected when the fish bites its prey. The payara is not considered dangerous to humans, but its sharp teeth can cause a painful bite.

Being in the water with any of these fish can be a dangerous proposition. But knowing which ones to watch out for can help you stay safe and avoid a nasty injury. The next time you’re in the water, keep an eye out for these seven fish with sharp teeth. And remember, it’s always better to be safe than sorry.