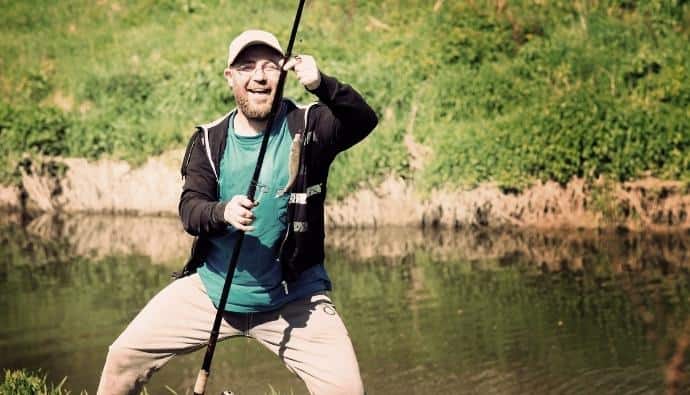 Fishing is often seen as a peaceful and tranquil activity that is always fun, especially when you catch a big one! But sometimes, the little things make fishing even more enjoyable – like a good joke.

Anglers love to talk about their biggest catches, the ones that got away, and sometimes the most unlikely places they’ve found fish. You can add some spice to the stories by throwing in a few funny fishing quotes for good laughter.

Quotes about fishing can be serious, inspirational, or just downright funny. They also summarize our passion for this outdoor activity in a way that only a few sentences can. It will ensure you have a lot of fun while enjoying your favorite pastime.

Read on for 70 of the best funny fishing quotes that will have you hooked in no time!

Fishing is a great pastime that people of all ages can enjoy. It’s a fun way to relax and unwind and a great way to connect with nature.

Whether you’re a seasoned fisherman or just getting started, there’s always something new to learn about fishing. And, as these 70 funny fishing sayings show, there’s also much wisdom to glean from the experience.

You can also have fun, make great memories, and even bond with your fishing buddy and family while enjoying this time-honored activity. So, get out there for your fishing trip and start fishing today!