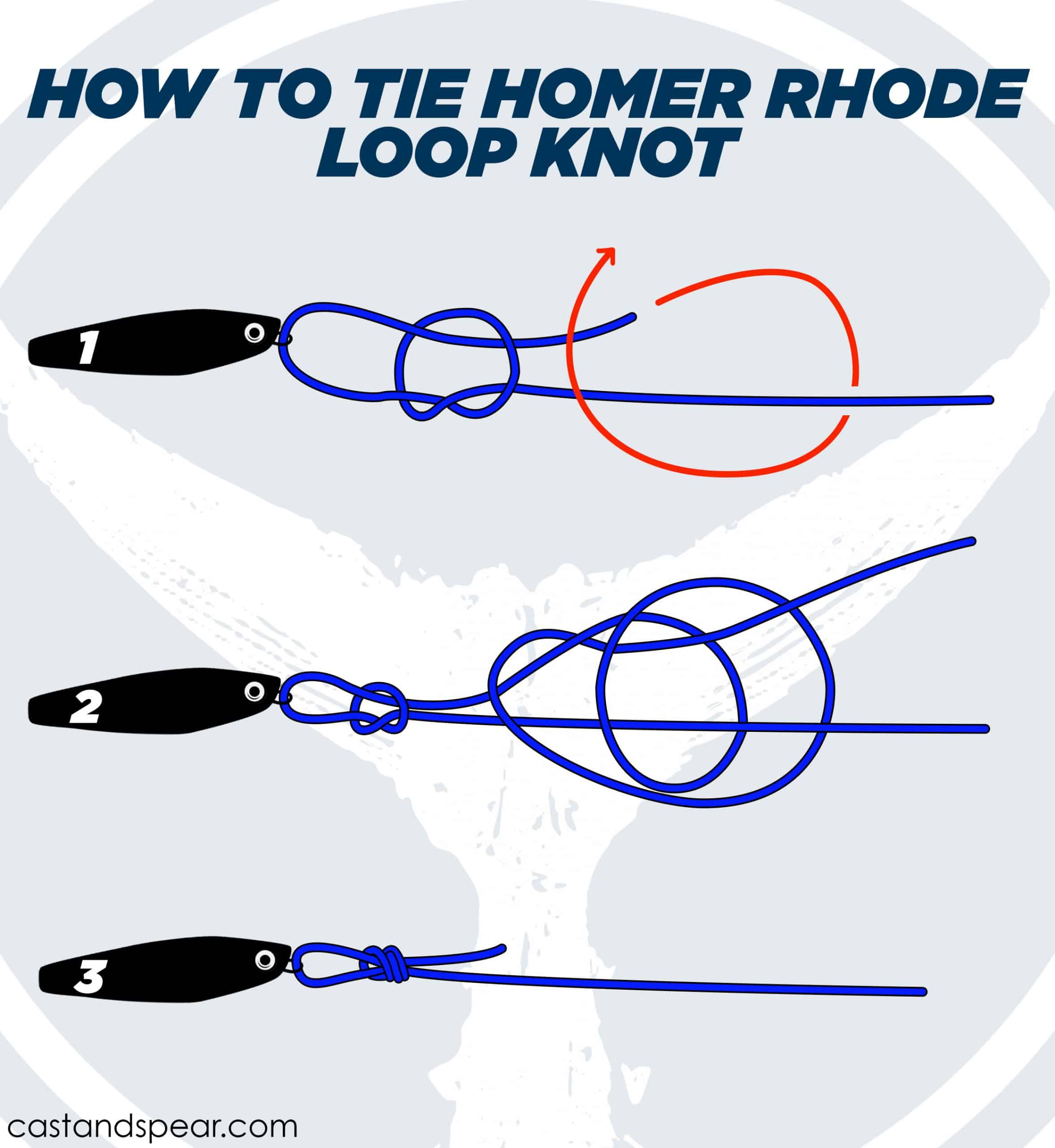 The Homer Rhode Loop knot or Homer Rhode knot is a famous and very strong loop knot that anglers use to create a loop connection on a lure, hook, or a fly.

The fishing knot has undergone several changes since its inception, but the original outshines the variations. It involves two overhand knot which varies in size in alterations of the knot.

Make an overhand knot at the end of the line leaving 4 inches at the tag end.

Have the tag end of the line pass through the hook eye.

Run the tag end back through the loop created by the overhand knot.

Pull the knot tight on the standing line and make sure it lies close enough to the hook eye to touch it. You will have a complete Homer Rhode knot in your hands.

6 Uncommon Fishing Knots You Can Learn in 5 Minutes

This fishing loop knot can be used to attach lures and flies quickly, and it does not have any downsides as long as you practice enough. It’s a very strong loop knot that you can use for fishing.

This is an enhanced version of the original fishing knot. However, the only difference between this knot and the original is that the first knot uses a single overhand knot, followed by a two-loop overhand knot.

These loop knots are a higher strength version of the Homer Rhode, which can be used to make a sturdy fixed loop at the end of a fishing line.

Q: How does the Non-Slip Mono Knot change when tightened?

A: The outer short end wrappings become internal when tightened.

Q: How many turns do I make to strengthen a knot?

Q: Which is the weakest line for knots?

A: Fluorocarbon is often considered to be the weakest line, so it cannot withstand strong knots or a lot of weight for prolonged periods of time. The Palomar knot is considered to be the best for this line as it can retain most of its strength without breaking off. Plus, it is durable and easier to tie compared to other knots and does not slip as easily.