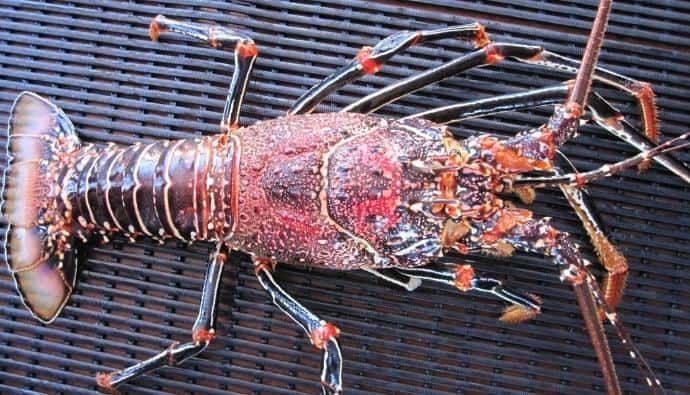 A cooked lobster is super-delicious. But the real work lies in cleaning a whole lobster to remove the meat.

My first time handling a live lobster was pretty scary and challenging. I kept thinking, how in the world am I supposed to get through the massive lobster’s body, exoskeleton, and claws to access the meat?

This task seemed impossible! But, after a lot of research and practice, I got it right. Extracting lobster meat from the shells is not easy. But when you follow the proper guidelines, you will soon know how to clean lobster like a pro.

Here is a step-by-step guide to help you clean a lobster with ease.

How to Clean a Lobster

Although you can buy lobster meat at a seafood outlet near you, it will not be as fresh as just slaughtered and cooked lobster.

Below is an in-depth process of safely cleaning live lobsters and removing all the meat.

Soft shell lobsters are the ones that shed their old shells recently to make room for new ones. These shells are lighter, thinner, and easier to crack. The meat of these lobsters is so delicate and tender.

Hard shell lobsters feature tough outer shells, which are more difficult to break open. Their meat is firmer and tastier.

To ensure freshness, pick a lobster that is lively and strong. An ideal lobster holds its claws above its head without dropping.

Step 2: Put the Lobster in a Freezer

Place the live lobster in a freezer soonest possible after purchase. Then let it stay for at least 20 minutes.

The ice helps to numb the lobster’s body and slow/ stop its movements.

Once the lobster is numb, remove it from the freezer. Lay it on its belly on a table or cutting board. Then using a chef’s knife, make a deep incision at the connecting joint of the head and the body.

Another way of killing the lobster is by submerging it in boiling water.

Bend the lobster’s claws back until they snap or twist them off.

Use a lobster cracker, heavy knife, or a pair of scissors to break off the claw tips if your lobster has a hard shell. Then, push the claw meat out through the hole you’ve just made. But if your lobster’s shell is soft, extract the meat using your finger.

Break off the knuckles between the lobster’s body and claw, and use a nutcracker to open them up and extract the knuckle meat.

Uncurl the tail and straighten it up. Then, remove the tail by twisting it and the body in opposite directions. You can also pull the tail towards the head until it snaps off.

Pick out the tail flippers and remember that the tail fan consists of five flipper-like segments. Then, cut these segments off with a sharp knife or pull them off by hand.

You will find a tiny bit of sweet meat inside; extract it with a lobster fork or break the shell.

After removing the tail fan, a narrow hole is left at the tail end. Put your finger or a lobster fork into the hole and push the meat to the other end.

Alternatively, lay the tail upside-down on your working table. Make a hole on either side of the shell with a pair of scissors or shears. Then, peel off the underside of the shell and extract your meat.

Peel it off and discard it.

If it’s a female lobster, look inside the tail shell for the roe eggs. These eggs are also known as coral since they turn pink when cooked.

Note that raw lobster eggs are black and only turn pink when cooked.

A lobster’s body has plenty of meat. To harvest the body and leg meat, start by cracking open the shell or pulling it off by hand to access the lobster’s body.

Press the meat out of each of the eight lobster legs using a rolling pin. Start at the tip and work your way downwards.

If the lobster is cooked, place one end of the leg in your mouth and pull the meat with your teeth.

Discard the gills, being careful not to waste the meat between them. Then pull out the sand sac located behind the eyes, and throw it away. Also, discard the tomalley (the soft, green substance serving as the lobster’s pancreas and liver).

Caution: When a lobster or fish eats toxins, they accumulate in the tomalley. That is why we discourage eating the tomalley.

To extract the meat from the body cavity, pick out the little chunks of meat surrounding the ribs. Discard the papery shells holding them, then boil the remaining shells to make lobster stock.

Simmer the stock in a large pot for a maximum of 45 minutes. Exceeding that time could ruin its flavor.

How to Clean Frozen Lobster Tails

Note: A pair of scissors is safer and easier to use when cutting lobster tails.

You can prepare lobster tails for dinner, barbecue, birthday party, or any other special event.

How to Cook Lobsters

Most people cook lobster in its shell. Although this method is good, it limits the possibilities of what you can cook with this meat.

As such, I prefer cooking it without a shell. This way, I will also have the freedom to influence its texture and taste.

The famous butter poaching technique used at the French Laundry is ideal when cooking lobster without a shell. This technique involves loading lobster with the flavor of melted butter and letting it cook gently so the flesh remains incredibly tender.

Gentle, low heat is the secret to a flavorful, tender lobster.

You can cook lobster in various ways, like boiling, grilling, sautéing, and baking. But remember, lobster flesh, such as shrimp and other crustaceans, cook for 8 to 12 minutes or less.

Cooking time depends on the thickness and size of the meat. Also, keep an eye on your lobsters, as they can get really tough when overcooked.

Cleaning lobster can be intimidating at first, but it gets easier as you practice it more. However, ensure that you clean your lobster before cooking or boiling it.

The bottom line is; always purchase live lobster, follow the correct cleaning guidelines, and have the necessary tools handy.