If you like to be creative in the kitchen, why not try using some of the less popular parts of the animal in your cooking? This nose-to-tail approach to cooking can be both interesting and delicious.

Nose-to-tail cooking is a more sustainable way of eating, as no part of the animal goes to waste. It’s also a great way to add new and exciting flavors to your dishes. In ancient times, nose-to-tail cooking was the only way to eat.

This is what Zac McKenzie, a seasoned hunter, spearfisherman, and wildlife photographer from Australia, said, “I’ve tanned a few skins. If they’re nice, I might tan them and give them to friends or whatever.”

Nowadays, we have become much more wasteful. We only eat certain animal parts, and the rest is thrown away. This is a shame, as you can make many delicious and nutritious things from the other parts of the animal.

So why not give nose-to-tail cooking a try? You may be surprised at how delicious and exciting it can be.

The History of the Nose to Tail Cooking

Nose-to-tail cooking is an ancient way of cooking that dates back to when people were hunter-gatherers. In those days, every part of the animal was used in some way. Organs and bones were often used to make stocks and soups. They were also used to make clothing and other items.

The term “nose to tail” comes from the fact that every part of the animal was used. The nose was used to make ointments and other items, while the tail made clothing and other items. Some animal parts like the liver and heart were considered to be delicacies. They were often reserved for special occasions, such as weddings and feasts.

So, the next time you are butchering an animal, think about the different ways you can use every single part. You might be surprised at how many uses there are for the weird parts of the animal. Who knows, you might even find a new favorite dish!

How to Cook the Weird Parts of the Animal

When it comes to cooking with the weird parts of the animal, there are a few things that you need to keep in mind.

Unlike the more popular cuts of meat, the weird parts of the animal often need to be cooked properly. They are tougher, sinewy, and often have a lot of connective tissue, making them harder to cook.

Ensure that you cook them slowly and at a lower temperature to allow the connective tissue to break down. This will make the meat more tender and easier to eat. Besides, undercooked animals’ weird parts can be dangerous due to the risk of bacteria.

Use A Lot of Flavors

Since the weird parts of the animal are not as popular, they can often be quite bland. This is why it’s important to use a lot of flavors when cooking with them. Add some herbs and spices to give the dish some extra flavor.

“And once you throw those spices and stuff in it, they’re so good,” according to Zac McKenzie. You could also marinate the meat overnight to help tenderize it and add some flavor.

Cut the Meat into Small Pieces

Small pieces of meat will cook faster and be easier to eat. They will also absorb more of the flavors that you are using. So, when cooking with the weird parts of the animal, make sure to cut the meat into small pieces.

Cooking the meat slowly is key to tenderizing it. The best way to do this is to cook the meat in a slow cooker or pressure cooker. This will help break down the tough connective tissue and make the meat more tender.

Additionally, you could also braise the meat. This is a method of cooking where you cook the meat in liquid at a low temperature for a long period. And it will also help to tenderize the meat.

Add the Meat to Other Dishes

When it comes to cooking with the weird parts of the animal, you don’t always have to make a dish specifically for them. You could also add them to other dishes to give them some extra flavor.

For example, you could add some diced liver to a spaghetti sauce or chop up some heart and add it to chili. This way, you can still use most parts of the animal.

“So when I’m mincing up things, I just put that through it, and I don’t even notice it’s there, but you still get all those really good nutrients and all, all that sort of stuff, go through it,” As Zac McKenzie said.

Adding a sauce to a dish can help to enhance the flavor. This is especially true when you are cooking with the weird parts of the animal. A sauce can help to mask any off-putting flavors and keep the meat moist. The moisture prevents the meat from drying out and becoming tough.

Creativity applies not only to the dishes that you make but also to how you cook the meat. There are many different ways to cook the weird parts of the animal. So, be creative and experiment with different methods. You might be surprised at what you come up with.

You may even find that you enjoy eating the weird parts of the animal more than you thought you would.

Here are just a few examples:

Don’t be scared of chicken feet! They may look strange, but they are quite delicious. You can use chicken feet to make various dishes, including soups and stews. They are also often used in Asian cuisine.

If you are not sure how to cook chicken feet, start by boiling them. This will help to soften them up and make them easier to work with. Then, you can add them to any dish that you like.

When a lamb’s brain pops into your head, you might not think of it as something you want to eat. But, believe it or not, lamb’s brain is quite tasty. It is often used in traditional dishes from countries like Italy and France.

If you want to try lamb’s brain, the best way to cook it is to fry it. This will help give it a crispy texture while keeping it soft and creamy on the inside.

Whether you are making soup or stew, oxtail is a great ingredient to use. With its rich flavor, oxtail can help to add some depth to your dish. Also, oxtail is a great source of collagen. This protein is essential for healthy skin, hair, and nails.

To cook oxtail, start by braising it. This is a method of cooking where you first brown the meat and then cook it in liquid. This will help to tenderize the oxtail and make it fall-off-the-bone delicious.

This may not be the first thing that comes to mind when you think of eating the weird parts of the animal. But, cow stomach, or tripe, is a delicacy in many parts of the world. It is often used in dishes like Menudo and pho. Tripe is also a great source of protein and iron.

When cooking tripe, it is essential to clean it thoroughly. This is because it can be quite gristly and tough. Once it is clean, you can simmer it in a broth or add it to a stew.

Bison tongue may not be something that you have ever considered eating. But, it is actually a delicious and healthy option. It is a great source of protein and omega-3 fatty acids. The bison tongue is also very versatile. It can be used in a variety of dishes, from tacos to pasta.

Cooking with fish wings is a great way to add some variety to your seafood dishes. Fish wings can be used in several ways, including as a main course or an appetizer. They are also a good source of protein and omega-3 fatty acids.

If you want to try cooking with fish wings, the best way is to bake them. This will help keep the wings moist and prevent them from drying out. You can also fry or grill them.

“Fish wings are a big topic, and a lot of people actually use those and barbecue, and things like that. So they’re probably the easy segue into it. What I often do is I’ll pull the meat off the wings and do things like that. I don’t do it often, but you can make soup with the frames and stuff like that,” Zac McKenzie said.

The Benefits of Nose to Tail Cooking

Preparing and cooking with the whole animal is not only low-cost but is also environmentally sustainable. In the past, many cultures utilized every part of the animals they hunted or raised for food – nothing was wasted.

As Zac McKenzie said, “Any fish that I catch, I don’t actually put any of it in the bin.”

Today, we have become very accustomed to seeing only certain cuts of meat in the grocery store and often don’t know what to do with the rest of the animal. However, there are many benefits to using the whole animal in your cooking.

When you cook with the entire animal, you are getting all of the nutrients that it has to offer. Organ meats, for example, are some of the most nutrient-dense foods on the planet. They are packed with vitamins, minerals, and healthy fats essential for your health.

Nose-to-tail cooking is also more economical. Buying a whole animal is usually cheaper than buying individual cuts of meat. And, if you can source your meat from a local farmer or rancher, you will be supporting the local economy.

Finally, cooking with the whole animal is more eco-friendly. When you waste less, there is less need to produce more. This is good for the planet and helps to reduce your carbon footprint.

Every weird animal part has a purpose in the culinary world. From bison tongues to fish wings, there are many different ways to use the less popular parts of the animal. Some of these parts may be more familiar to you than others, but each one has its unique flavor and texture that can enhance your dishes.

So, the next time you are at the butcher or grocery store, think about picking up a whole chicken or pig instead of just the usual cuts of meat. With a bit of creativity in the kitchen, you can turn these ingredients into delicious dishes that your family and friends will love.

Who knows, you may even discover a new favorite recipe. So go ahead and give it a try. You might be surprised at what you can create. 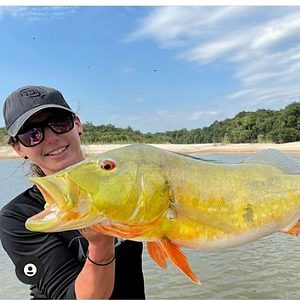