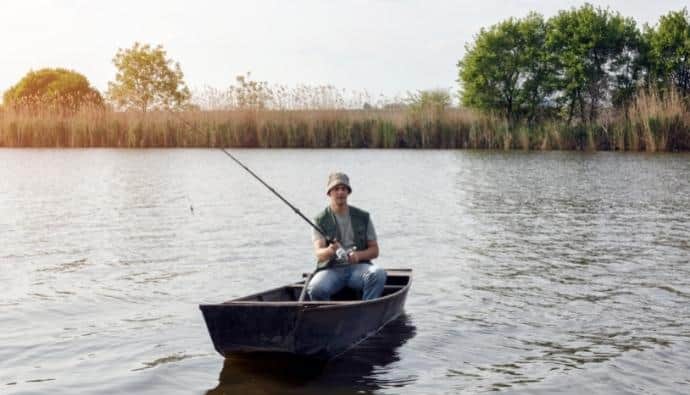 Pike are large species of fish that can be found in a wide range of water bodies such as lakes, inland waters, canals, and rivers. River pike fishing is different from fishing in any other water body, as rivers provide a lot of cover and tricky venues for pike to hide in.

River pike fishing can be a bit tasking, but with good insight and tips, you will get the hang of it in no time. In this article, we have discussed all that you need to know about river pike fishing.

Which Rivers Are Best For Pike Fishing?

Knowing the best rivers to fish for pike will save you hours that you might have otherwise spent trying to make a catch at an unsuitable river. It is common knowledge that pike likes to hide in order to ambush their prey.

As such, they love rivers with a lot of turning points as this provides them with enough hiding spots to take cover. The availability of prey fish is also an important consideration when choosing a river for pike fishing.

Pike are a somewhat lazy fish which makes slow rivers with low currents the best for river pike fishing. Due to the fact that they are lazy fish, pike are rarely found fighting the currents of fast streams.

Where to Find Pike in the River

There are so many areas of a river to cast for pike. You, however, need to be sure that you are targeting an area where you will find pike. In this section, we will highlight some of the best places to check for pike in a river.

Weir pools refer to an area filled with slow-moving or still water, with fast-moving water entering it through an obstruction or barrier. The combination of still and fast-moving water produces a water body that is well oxygenated and full of natural food sources.

This makes it conducive for different species of fish. As such, you will find natural baitfish and pike in weir pools. If you are looking to fish for pike in weir pools, check out the eddies, which are the slacker parts of the pool.

Due to their aversion to strong currents, they stay in these parts, waiting for moving prey.

Bends, where the river meanders, is a good location to fish for northern pike in the river. These bends create shallows and slack areas on the inside edge of the water. As natural food sources can be found in shallows, different fish species gather here, including pike.

Away from the inside edge of rivers, you can also find pike on the outer edge. Outer edges provide great cover for pike, as they are typically deeper than other areas of the river.

Pike enjoy staying in cooler areas of water which is why the deep sections and drop-offs are their go-to places in the warmer months. Finding the deep sections of a river might be tough to achieve with your naked eyes, so do this with fish finders.

Water plants like weeds and lily pads provide pike with hiding spots to ambush prey. Topwater lures like frog baits will help you to catch pike hiding in underwater vegetation.

Just like water vegetation, snags on a river create a perfect hiding spot for pike. Look out for areas with big trees and overgrown bushes. You will be sure to find them there.

While this might be true, there are other important factors to consider when choosing a river to fish. We will do a comparison of small rivers and big rivers, highlighting their perks and what to expect.

Many anglers might turn their nose at the thought of fishing for pike on small rivers. The truth is that some small rivers actually have big pike in them. If you are concerned about quantity, then you will be sure to find many pike in small rivers.

One thing that you can be sure of is that regardless of the size of the river, pike will always put up an entertaining fight.

One of the benefits of small rivers is that they have low currents, which is great for pike. They also have a lot of obstructions and turns, providing pike with a lot of hiding spots.

This enables you to target these areas without having to stress. In cold water, pike can be found in the shallow areas of the water. During the warmer months, they move deeper into the water to find a cool spot.

Pike are usually most active around sunrise and sunset, thereby making these periods the best time to fish for them.

Big, fast-flowing rivers come with more water, therefore being a prime location for big pike. If you want the big pike that weighs 20 to 30 lbs in size, then the big rivers are where you should fish.

Dealing with more water comes with more work trying to figure out the best hiding spots for northern pike. In big rivers, pike tend to take covers in the drop-offs and under the water vegetation like weeds and lily pads.

The best time to go pike fishing in big rivers is the period from fall to winter. With the cooler weather conditions, pike are most active and are much more likely to feed.

As a first-time or beginner river angler, things might seem a bit difficult when casting in rivers. Below are some tips to help you to start river pike fishing on the best note.

Understanding the river is key to having a successful outing. So take your time to walk around the river and see its structure. This way, you will know the areas to target, such as the snags, deeper and shallow waters, drop-offs as well as areas with weeds.

If you want to land more pike, it is best to go at sunrise and sunset. During these periods, pike are more active and will be sure to bite your bait.

You need a complete tackle in order to have a successful fishing session on the river. In addition to your tackle, your protective gear, such as fishing hats and wading boots, should be worn to keep you safe and comfortable.

Before fishing in a river, it is important to be sure about the laws governing fishing in such areas. With the right technique and suitable gear, you can be sure to have a successful day of fishing at any river.

Remember to fish at the prime time of dusk and dawn and explore areas like the weir pool, snags, and bends.