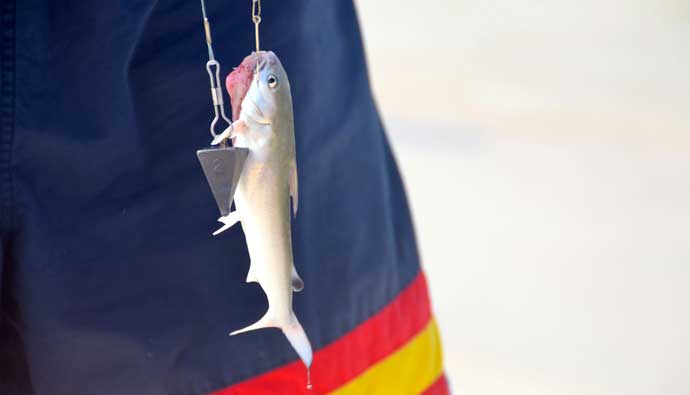 If you’ve done any type of saltwater fishing around the Gulf, then you’ve likely seen saltwater catfish going crazy for your bait.

Saltwater catfish is actually a common name for both the Hardhead Catfish and the Gaffstopsail Catfish (Sail Cat for short).

In this guide, we’re going to focus on the Hardhead Catfish. Most anglers consider them a trash fish, but there have been folk testing this assumption with surprising results.

The saltwater catfish is a species of sea catfish that can be found in the northwest Atlantic and the Gulf of Mexico. It’s called hardhead because of a hard and bony plate that extends to the rear toward the dorsal fin from a line between its eyes.

The jaw is flattened and the upper jaw forms a broad arc. Its back is silvery with blue, brown or green undertones and the underbelly is white in color.

This catfish is an opportunistic eater and uses sand and mudflats as its hunting grounds. It eats algae, seagrass, sea cucumbers, shrimp and crabs. Adults have been known to hunt and eat larger fish.

The saltwater catfish can be found in brackish estuaries and the mouth of rivers that have sandy or muddy bottoms. It rarely ventures into freshwater, and moves from shallow to deeper waters during the winter and enters estuaries in warmer months.

The fish can tolerate a range of salinities and can be found inshore in the surf zone and in turbid waters. It is also quite common around piers and docks.

How to Catch Saltwater Catfish

The best saltwater catfish baits are the smelliest one you can find. Like all the fish in its species, this one relies on smell to track its prey. Use bloody and oily bait such as cut-up mackerel or squid to provoke it to strike. The best rigs you can use while fishing for this catfish is either a single or a double looper.

Since the hardhead is not particularly large, a light or medium gauge tackle can work. Use any saltwater reel you like that can withstand a 10 to 20-pound test, especially if you are fishing around a structure such as a pier.

Yet, a medium-sized circle hook works best since it remains in the fish’s mouth and doesn’t go into the gullet.

The main habitat of the saltwater catfish is nearshore or brackish waters in estuaries and river mouths. It moves to deeper water during the winter months and into estuaries in the summer.

Can You Eat Saltwater Catfish? 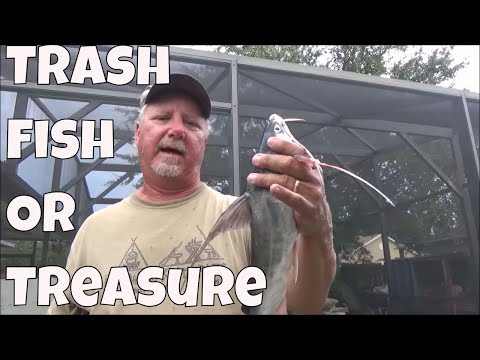 The short answer is yes and you might be surprised to find that they can taste as good if not better than freshwater catfish. Most fishermen consider them to be a pest when fishing for other target species, and with that comes inherent biases that the fish isn’t good to eat.

Like freshwater catfish, what the saltwater cat eats will dictate how their flesh tastes. I remember my dad telling me that when he caught catfish that were in dirty muddy water back in Iowa, the flesh just wouldn’t taste as good as when the cat was caught in cleaner water. The same can be said for saltwater cats. Water quality and what they are scavaging on matters.

These hardhead catfish don’t get large in size so catching and preparing many of them is necessary for a proper catfish cookout. A lot of anglers just don’t find the yield to be worth the struggle to gut, skin, and fry these fish. This is personal preference however and shouldn’t deter you from eating them if you’re up for the grunt work.

Hardhead catfish have been said to taste a little worse than the sail catfish, but I believe it all comes down to how you cook it. If you do a bad job with either they’ll turn out bad and deter you from trying it again.

Just make sure you’re careful with Hardhead catfish as they have toxic fins that can cause you a world of hurt if stabbed. But now that you have some, let’s see how to prepare them.

How to Clean Saltwater Catfish

How to Cook Saltwater Catfish

A: Its diet depends on its size and location. Young hardheads eat small crustaceans such as blue crabs and mollusks while juveniles feed on planktonic crustaceans. Adults are known to feed on larger fish.

Q: How to hold a saltwater catfish?

A: Place your hand being the dorsal and pectoral spines while making sure that your thumb and forefinger remain behind the dorsal spine. Do whatever you can not get stabbed by the fins as they have a toxic slime that can cause you a world of hurt.

Q: When do catfish spawn?

A: Early to mid-summer.

Even though you now know how to catch this catfish, underestimating it is the biggest mistake you will ever make. Make sure you have a seasoned angler with you on your first trip in case.

If you are an experienced catfish angler do share your strategies in the comments section and share this guide if you liked it.