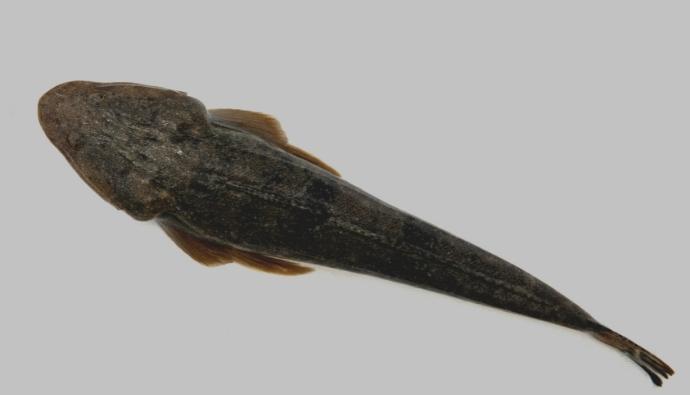 The death of any creature is a tragedy. The loss of life, no matter how big or small leaves behind a ripple effect that is felt by all. The tragedy is amplified when the life in question is a majestic creature like the dusky flathead.

The dusky flathead is one of the largest species of flathead catfish, reaching lengths of up to two meters. They are a top predator in their ecosystem and play a crucial role in maintaining the balance of the underwater world.

Their death at the hands of humans is a controversial topic that has been hotly debated for years. Some believe that they are a pest that needs to be eradicated, while others believe they should be protected and their populations managed.

The truth is, there is no easy answer. The dusky flathead is a complex creature with an important role in the ecosystem. Their death has far-reaching consequences that are not yet fully understood.

As we continue to learn more about these creatures and their place in the world, we must be careful in our decision-making. The future of the dusky flathead, and the underwater world they inhabit, depends on it.

What Are the Big Dusky Flatheads?

The Big Dusky Flatheads are a large, powerful species of fish that is native to the waters of Australia. They are known for their aggressive nature and their razor-sharp teeth.

For many years, they were considered a nuisance species by anglers, as they would often steal bait and catch fish meant for humans.

However, their popularity has grown among anglers who appreciate their fighting spirit and their delicious taste in recent years.

Sadly, the future of the Big Dusky Flathead is now in jeopardy, as they are being targeted by a new generation of anglers who are intent on killing them for sport.

These so-called “trophy hunters” see the fish as nothing more than a challenge to be conquered, and they are willing to go to great lengths – and spend large sums of money – to achieve their goal.

In addition to being killed for sport, the Big Dusky Flathead is also being sold for its meat. Although it is not currently considered a threatened or endangered species, the indiscriminate killing of these fish could seriously impact their population in the future.

This is what Zac McKenzie, a seasoned spearfisherman and hunter out of Australia, said, “If you go to DPI stock status report, the overarching bodies report on the population since 1998, it’s been their direct words were remarkably stable. There it’s a stable fishery. It has not dropped in abundance.”

Hunting of the Big Dusky Flatheads

Hunting the big dusky flatheads has been controversial among hunters for many years. Some argue that killing these fish is necessary to protect the population, while others believe it is unnecessary and cruel.

The truth is, there is no right or wrong answer when it comes to this issue. It ultimately comes down to personal opinion.

Those who support the hunting of big dusky flatheads do so for two reasons.

Those who oppose hunting big dusky flatheads do so for two reasons. These include:

Ultimately, it is up to each individual to decide whether or not they believe the hunting of big dusky flatheads is necessary.

There is no right or wrong answer, and both sides of the argument have valid points. Whatever you decide, make sure you are comfortable with your decision and confident in your reasoning.

Measures have been put in place to protect these fish, including limits on the number that can be caught and killed each year. Some people, however, still believe that more should be done to ensure the survival of these fish.

Some of the measures include:

Zac McKenzie said, “They’ve got a bag limit of 10, and they’ve got a current restriction of no more than one fish over 70 centimeters, which is to protect the big breeders of the population and a minimum size of 36.”

The Growth of Big Dusky Flatheads

Where Can You Find Big Dusky Flatheads

The dusky flathead is found in the coastal waters of southern Australia, from Shark Bay in Western Australia to Port Stephens in New South Wales. It is also found in Tasmania.

In Western Australia, the dusky flathead is found inshore in estuaries, bays, and coastal rivers. It is also found offshore, down to around 200 meters (660 ft).

In New South Wales and Tasmania, the dusky flathead is found inshore and offshore in estuaries, bays, harbors, coastal lakes, and on the open coast. It is also found in river systems.

The dusky flathead is a demersal fish, which means that it lives near the bottom of the water column. It is often found close to structures such as reefs, wrecks, rocks, and logs.

Killing big flatheads has been a controversial topic among anglers for years. Some feel that killing such a beautiful and majestic fish is morally wrong. Others believe that it is necessary to protect the population of smaller flatheads.

There is no doubt that flatheads are one of the most popular gamefishes in Australia. They are highly sought after by both recreational and professional anglers.

In recent years, there has been an increase in big flatheads being caught. This has led to some anglers calling for a ban on killing these fish.

“There’s a big controversy about killing fish over that 70 centimeters. And there are a lot of catch and release fishermen calling for a slot limit. So instead of one over 70, it would be zero over 70,” Zac McKenzie said.

Why You Should Protect Flathead

There are several reasons why big flatheads should be protected. They include:

They Are a Key Part of the Ecosystem

Big flatheads play an important role in the food chain, and their removal can significantly impact the surrounding environment.

They Are Harder To Catch

Big flatheads are much harder to catch than smaller fish. This means that they are often left to breed, which can help replenish populations depleted by overfishing.

Big flatheads are a valuable resource for the future. They have the potential to grow to huge sizes, which could provide anglers with years of enjoyment.

There is plenty of smaller fish that can be caught and eaten without impacting the population.

“The hypocrisy between a photo that goes up of 10 small ones and everyone it’s the same people they’re cheering. And they’re like good for you. Great feed, well done. And then you put out one photo of one big, and they’re like you are the devil, you’re the worst,” According to Zac McKenzie.

Why Flatheads Should Not Be protected

The killing of big dusky flatheads has been a controversial issue for many years. Some people believe that these fish should be protected, while others think they should be killed.

Here are some of the reasons why people think that flatheads should not be protected:

Flatheads Are a Non-Native Species

They were introduced to the United States in the early 1900s, and they have since spread to many other parts of the country.

While they are not native to the area, they have been known to cause problems for native fish populations.

They eat a lot of fish, and they can grow very large. Some people believe that they are a threat to native fish populations because they could eat all of the smaller fish.

To Control Their Population

Some people believe that killing flatheads is the only way to control their population. If they are not killed, they will continue to spread and cause problems for native fish populations.

The fish can grow to be over two meters long and weigh over 15 kilograms. The big dusky flathead is a carnivore, and its diet consists mainly of other fish, crayfish, and insects.

The big dusky flathead is not considered endangered and is harvested commercially for its meat. However, the fish is protected in some areas of Australia, and catch limits are in place.

The flathead is a popular target for recreational anglers. The fish put up a good fight when hooked and can be caught using various methods, including bait fishing, lure fishing, and fly fishing.

The big dusky flathead is considered a good-eating fish, and its flesh is white and flaky. You can cook the fish in various ways, including grilled, baked, fried, and smoked.

The practice of killing big dusky flatheads has been controversial for many years. Some anglers believe that the fish are a valuable resource and should be managed carefully, while others believe they are nothing more than pests that need to be eradicated.

The truth lies somewhere in between, and it is up to each individual to decide whether or not to kill big dusky flatheads. Whatever your decision, be sure to do your research and consult with local experts before taking any action.