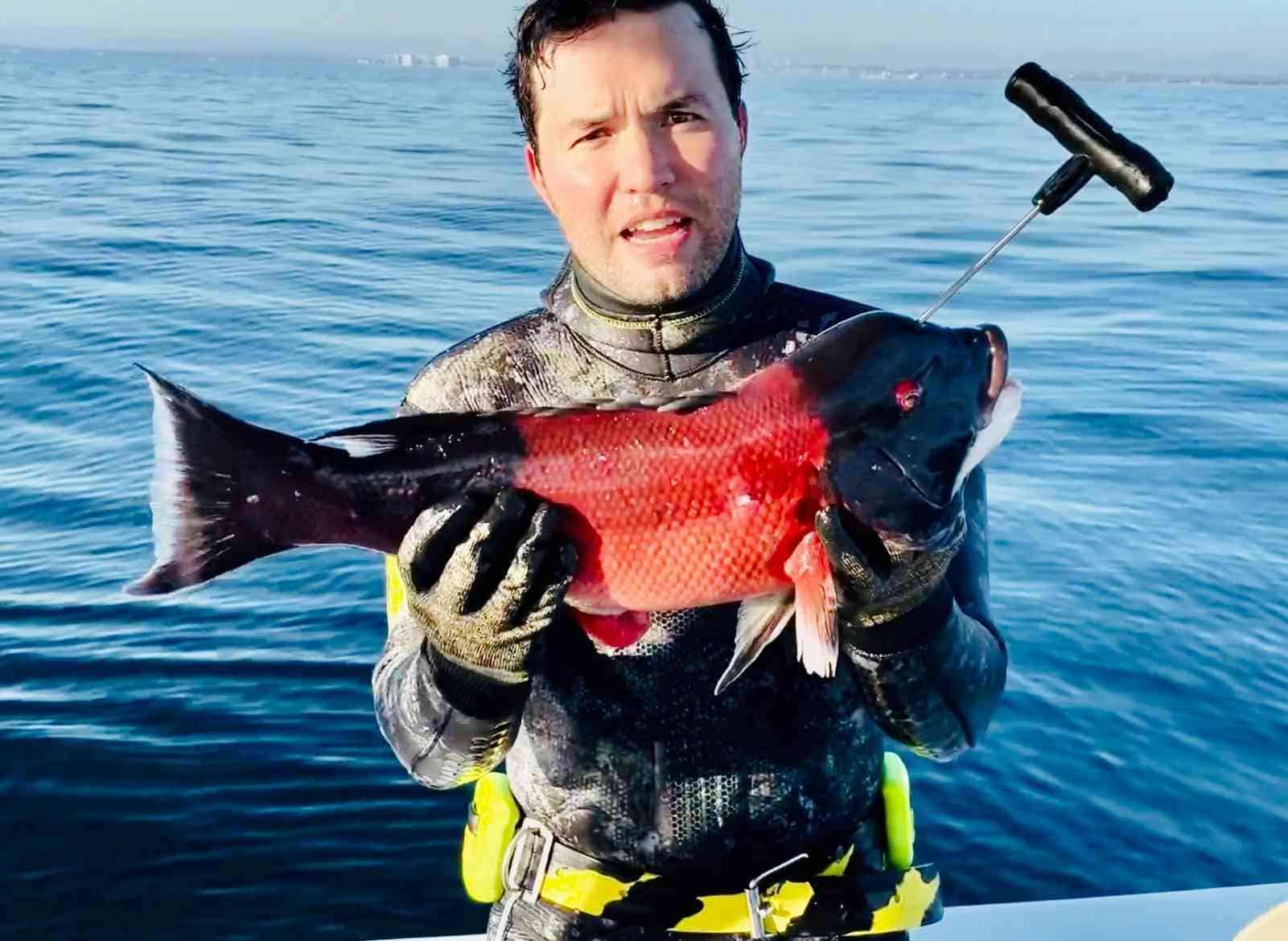 Ikejime is gaining widespread adoption in the US over the past few years. In this guide, we’re going to answer the most common questions regarding ikejime (ikejime) and shinkeijime.

What is the Ikejime method?

The ikejime method is a Japanese form of fish killing using a brain spike.

Shinkeijime is the secondary step of running a wire down the spinal cord to sever the nerves. This stops the muscles from twitching which degrades the meat.

How to pronounce ikejime?

What does ikejime mean? 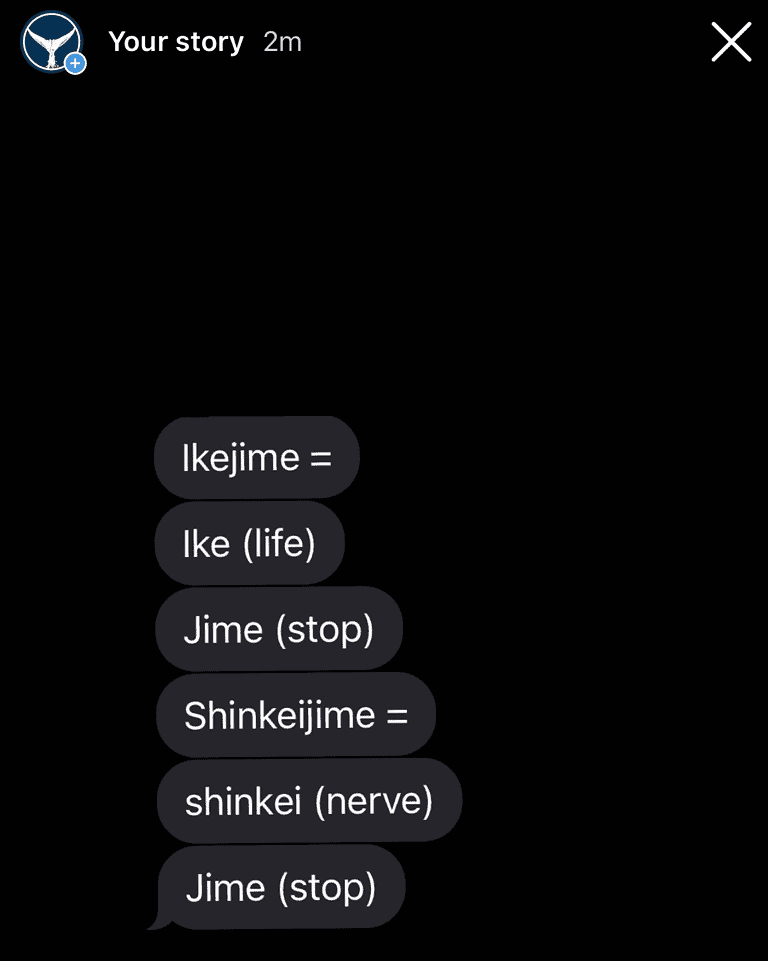 When was ikejime invented?

According to the Economist, ikejime was invented during the Edo period in Japan. Prior to that Japan had a 1200-year ban on eating meat, which was lifted in 1872.

Can you use a knife for Ikejime?

Yes, it’s common in the spearfishing community to use a knife to pierce the brain of a fish.

Where to buy ikejime tools?

You can buy ikejime tools from small businesses like Cast and Spear or on Amazon.

How to spike fish?

There are two methods commonly used for spiking a fish brain.

Method 1: place the fish on its side and push the spike through the side of the fish skull slightly back above the eye. The fish’s jaw will open if successful.

Method 2: use the fish spike and pierce from the front of the skull above the eyes. The fish jaw will open if you were successful.

Where to buy ikejime fish?

Fish shops like The Joint in Los Angeles and smaller commercial outfits have been popping up in the US catering to higher-end restaurants.

What is the Ikejime method in Japanese cuisine?

Japanese cuisine is known for its fine attention to detail in the ingredients, preparation, and presentation of its dishes.

How do they kill sushi fish?

There are many types of fish used in sushi. These include tuna, yellowtail, and snapper to name a few.

To ensure the fish meet the highest standards, chefs ask for the fish to be processed using ikejime and shinkeijime techniques. This ensures the fish retains its flavor and texture expected at higher-end establishments.

Ikejime is used to improve the umami flavoring and texture of fish in seafood dishes such as nigiri and sashimi.

How do the Japanese kill tuna?

It depends on the person, but two Japanese methods for killing tuna include ikejime and blunt force strikes to the head.

It’s important to kill the fish quickly and without damaging the meat. Ikejime is efficient and quick as long as the fish isn’t moving around on the deck of the boat.

If the fish is moving violently, then using a priest tool to smack the head will knock the fish out.

Once the fish is dead, then it’s important to bleed the fish, run a shinkeijime wire down the spine to sever the nerves, and cool the fish down quickly on ice or in a freezer.

It is our understanding that halal is a religious blessing upon an animal prior to its slaughter. This would mean ikejime in itself is not specifically halal, but can be a tool used in the process.

What is the most humane way to kill a fish?

The most humane way to kill a fish is to shorten its pain and suffering. The fastest method is a brain spike by a trained practitioner.

Depending on the size of the fish or the tools available one can use a priest for a blunt hit to the head. Pistols are used for large halibut prior to bringing them on board a deck.

How do you humanely euthanize a fish?

Ikejime is a humane way to euthanize a fish quickly. This requires a brain spike or knife placed through the skull and into the fish’s brain.

What is the most painless way to kill a fish?

The question of whether a fish feels pain is a debated topic. Instead of worrying about whether they feel any, we believe it’s best to err on the side of caution.

If you can spear a fish underwater and hit the brain or spine for an instant kill shot, that is the best way to kill a fish.

Next would be catching the fish and using an ikejime spike on the brain. The shortening of cortisol the fish produces will reduce stress signals produced by the central nervous system and the results produced to improve the quality of the meat.

How do you peacefully kill a fish?

It’s hard to believe there is a peaceful way to kill a fish, but to our knowledge, iki jime is the best method perfected by the Japanese.

What is the proper way to kill a fish?

Every culture has its own way of killing fish.

The process that’s popular in Japan is called ikejime. It’s now becoming more popular in the USA because chefs are requesting commercial fishermen to kill fish this way since it produces a higher-quality fillet. It is also a humane method of killing fish.

How do you humanely kill bait fish?

Baitfish are fragile and will die quickly without aerated holding tanks. Depending on how many you are killing for storage, using scissors to sever the spine is a quick method.

Is it humane to let a fish suffocate?

It is not ideal to let a fish suffocate if you can prevent it. If you are planning on consuming the fish, consider using an ikejime spike to kill the fish and a stainless steel wire to sever the spinal column. Get the fish on ice and enjoy the higher-quality fish flesh for a meal.

Yes, Ikejime is humane because it reduces the pain and suffering of a fish that will be consumed.

Is bonking a fish humane?

Yes, when done correctly with a priest tool, bonking a fish on the head will kill it quickly and humanely.

Is cutting a fish head off humane?

Yes, as long as the knife can sever the fish’s spine quickly, the fish will be killed instantly.

How do you kill a fish without hurting it?

Focus on reducing the amount of stress put on the fish. It’s impossible to not hurt any animal if you’re killing it, but you can reduce the duration of time between life and death. The shorter the better.

Therefore, use a brain spike or knife to hit the brain and kill the fish.

How do you humanely kill a tuna?

Tuna are fish that run hot so it’s important to kill them quickly and place them on ice to ensure the highest quality meat.

How to ikejime tuna?

Depending on the size of the tune, use an ikejime spike or priest tool. Drain the blood as quickly as possible to remove some of the warmth trapped in the tissue and remove any medium for bacteria growth.

Use a sharp wire (shinkeijime) through the tail or cranium to sever the spine and stop electrical signals to the muscle tissue.

Get the fish in a saltwater ice slurry of water or pack it full of ice to bring down the temperature.

How do you Ikejime trout?

Freshwater ikejime follows the same process as all other ikejime types.

However, since freshwater fish are smaller, there are freshwater ikejime-specific kits that are optimized for fish like trout, bass, and walleye.

How do I cook Ikejime tuna?

Tuna that’s been through the ikejime and shinkeijime process is best eaten raw if possible (be careful with bacteria).

If you want to cook it, try a flash sear on the sides while leaving the inside raw. Overcooking tuna is not recommended.

How do you make salmon with Ikejime?

You can use ikejime with salmon. It’ll make the fish taste better.

How do I cook Ikejime fish?

Less is more if the fish is meant to be eaten raw.

For fish that should be cooked, then try sous vid or smoking on the smoker until the internal temperature reaches 145 degrees F.

Is Ikejime really a better way of killing fish?

Yes, it’s been perfected over hundreds of years and chefs are starting to pay a premium for the higher-quality product.

How do you find the spinal cord when killing a fish with Ikejime?

It takes practice but there are two ways to find the spinal cord.

Method 1: cut the tail and get a direct visual of the spinal cord.
Method 2: use a hollow ikejime spike and run the wire down the spine.

Why do Ikejime fish taste better?

Ikejime is starting to develop widespread use because of the improved quality of its meat.

In short, killing a fish quickly reduces cortisol in the body. Running a shinkeijime wire down the spine stops any involuntary movements in the flesh after death. Bleeding the fish removes any blood flavoring and liquid for bacteria growth. Placing the fish on ice keeps it from further degrading.

How do you kill a fish while spearfishing?

Spearfishing allows you to place a stainless steel shaft through a fish ideally killing it instantly. You can do this by holding your breath while freediving or using scuba tanks.

For detailed instructions on how to spearfish, check out our spearfishing guides.

How to stringer fish?

In spearfishing, we use a sharp spike that looks like a thick needle that’s attached to our weight belt using a monofilament line.

The insertion of the spike goes through the fish’s eye or through the gills and mouth after it’s been killed. The spike then goes into a holder and the fish dangles off your weight belt until you get back to the boat.

Where do you shoot fish spearfishing?

If you had to rank the best places to shoot a fish in spearfishing, they’d include:

Stone shot (instant kill) to the spine or brain

Through the pec and out the gill cover on big fish

Through the gills and out the mouth (or the opposite)

In the tail on softer flesh fish

Anywhere else on the body that will hold the shot

How do you kill a fish fast?

Insertion of a spike to the brain, quick blunt strike to the head, or break the spine.

What is Pithing a fish?

Pithing is similar to ikejime in that it uses a tool to kill an animal by puncturing the brain. They are both regarded as humane ways of killing animals.

How is a fish’s spinal cord removed?

A fish’s spinal cord is removed by removing the fillets of meat around the spinal cord using a knife.

How to ikejime fish?

How do the Japanese clean fish?

A process could include some or all of the following: