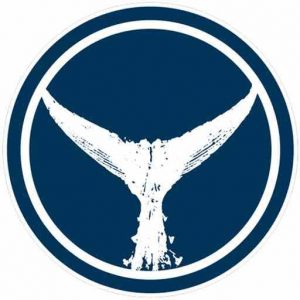 Fishing Doesn't Need to Be Hard

There are millions of options for fishing gear and countless techniques that can make fishing feel overwhelming.

At least that’s what it felt like getting back into fishing after taking a long break. Gone where the days where our older family members or friends could tie hooks to our lines and show us where the fish were hiding.

A time that was simpler and happy.

Well we said it doesn’t have to be this way. What if you knew what knots to tie, which bait to use, when to go out, and had a community around you that wanted you to succeed?

We have articles on most of the commonly targeted fish so you can learn how they behave.

Get the Right Gear

We've created gear review guides that help you pick the right gear for your skill level and targets.

🐟  As a person who loves catching fish, your time is important. Subscribe to Fish Catchers, a weekly newsletter featuring insights around how to become more effective on the water.

A few emails a week, no spam, ever.

I have a deep love for fishing…but I’m no expert. I’m always striving to get better and I hope through this site I can share what I learn.

I can’t do this alone.

I’m always looking to meet cool people who also share a love for fishing so we can compare notes and hopefully meet up on an excursion to find the best fish around the world.

Whether you like spearfishing, deep-sea fishing, fly-fishing, surf fishing, or any other type, I’m down to go.

Reach out if you have any cool tips worth sharing. If you want we can even share it on the site for others to improve everyone in our community.

A: Rainbow Trout. This was the primo fish when I was a kid to catch in the backcountry. It was a nice change of pace from the common Brook or Brown.

A: Lately, I’ve been spearfishing primarily in Palos Verdes and Malibu near Los Angeles.

A: I’d have to say a Giant Mekong Catfish around 120 pounds in Bangkok, Thailand.

He’s an expert in rockfish and other fish that populate the West Coast of California.

Check out the podcast episode we recorded together to learn more about what Milton’s been up to here.

If you’re interested in learning more about your local Pacific fish, be sure to check out his books!

The Coach needs no introduction.

He’s been fishing for decades and has done everything from deep-sea fishing, surf fishing, freshwater fishing…you name it, he’s done it.

A legend in San Diego. He has a plethora of disciples that can tell you how they went from catching a few fish to being dangerous on the water.

A true honor to have The Coach’s wisdom. One of the nicest guys out there fishing today.

Check him out on the various forums here.

Sean is on the left.

The guy next to him is the multiple world fly fishing championships and is the Captain of the Czech National Team, Jiri Klima. On the other end is Mike Dykstra of the Dutch team.

Sean is an expert surf caster and fly-fisherman. He’s an amazing guy who fishes out of Oregon. He’s been kind enough to edit some of the articles to help make sure they are accurate.

Articles that have been edited by Sean will be noted and made clear.

He has been teaching spearfishing for over twenty years.  He has a proven track record as a successful spearfisherman as well as teaching and training others in the sport.  He has also had many divers spear their first white sea bass and yellowtail while under his tutelage.

He has chartered spearfishing excursions down to Baja, California for over 15 years, where he has taken less experienced divers and taught them how to spear big fish, such as yellowtail, white sea bass, groupers, etc.  Many of these spearfishermen have come back from these trips with bigger fish than they’ve ever speared before.  A good portion of them also has gone on to become great spearfishermen in their own right. 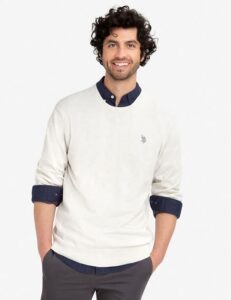 James Brandon has been fishing and enjoying the adventure for over 14 years, with San Diego, California as his best spot.
He likes any animal under the sea, but has a reserved interest in Sharks.

He is a staunch enthusiast of the aquaculture, fishing, environmental and food industries, with an advanced research and training from the Centre for Aquaculture and Seafood Development (CASD). When he isn’t fishing, he likes to write or play baseball. 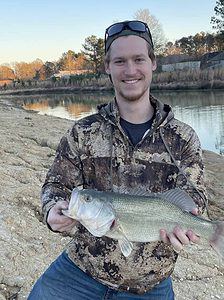 He grew up fishing ponds and rivers in South Louisiana and Mississippi and graduated to fishing brackish/marsh and coastal waters for Redfish, drum and Speckled Trout.

When not in the classroom or on a flat range, he can be found with rod and reel in hand searching for the next greatest fishing hole in south Louisiana. 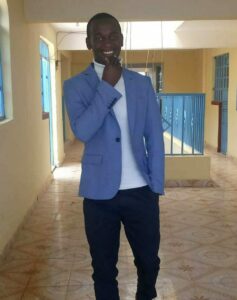 Gift Elvine is a graduate in animal welfare and behavior, a third-generation fish keeper, and an experienced content writer.

Being an aquaculture enthusiast and passionate about fish, he has been practicing fish farming for about 3 years now.

On this blog, he shares a lot of information about fishing that will help people make fishing a reality. 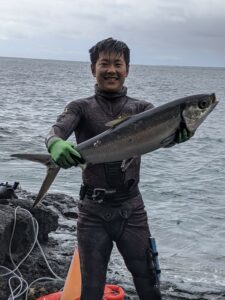 Having grown up near the ocean in California, Korea, and Australia, and now living in the Mediterranean Coast, Chris has always been a stones throw from the ocean and can usually be found in it in his free time.

He picked up spearfishing as a way to connect to his natural environment in Hawaii six years ago, and has been hooked ever since with added experience on the islands, California coast, and Mediterranean.

If the waters too choppy for a solid shore dive, you might find him off the shelf trolling or deep dropping jigs. 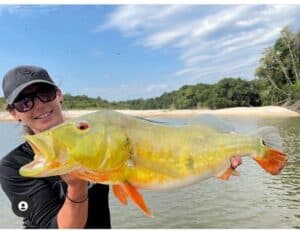 Diana began fishing at the age of seven, as it has been a long-time family tradition.

Her dad was an expert angler, and he taught her fishing along with her two siblings. They used to go to Bighorn River in Montana and Henry’s fork, Idaho. From catching small bullheads to catching strippers on the backwaters of Bighorn, she loves to get out in the wild and have a marvelous day on the water.

As a pragmatic person, she is obsessed with creating well-researched and practical guides and reviews of the best fishing methods and gear. 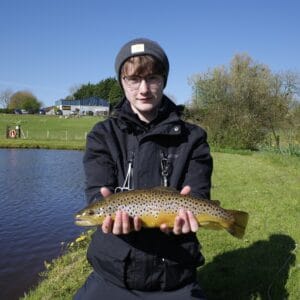 Daniel specializes in fly, predator and saltwater angling. He has practiced angling from a young age, quickly developing his knowledge on the fundamentals of fishing.

His angling journey began in Ireland, primarily targeting rainbow trout on a fly rod. His passion for angling grew extensively as he ventured into other forms of fishing.

He primarily targets freshwater and saltwater destinations in Ireland and the UK. His favorite catch to date was a 7lb / 3.6KG thick-lipped mullet from the Northern Irish coast—a prized fish to target on a fly rod.

He is now the owner of DON Angling, a business that intends to inform and educate anglers on the best techniques, methods and etiquette available.