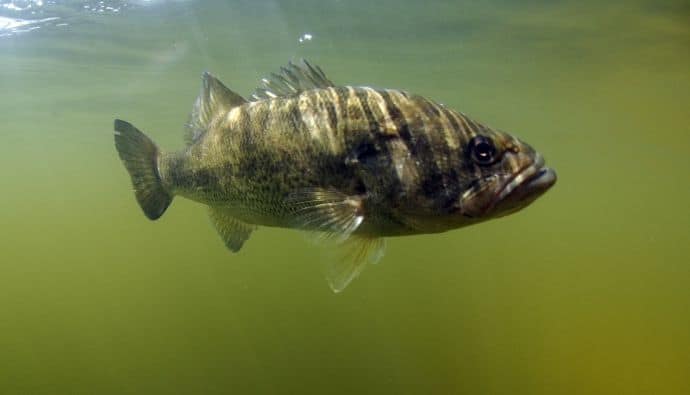 What makes bass a challenging fish to catch is the behavior that allows them to be on a constant move. How a bass behaves is usually dictated by several factors such as the water temperature, their urge to find food, and their spawning desires.

One of the steps to becoming a bass angler is to understand the behavior in a particular season so you would know where, when, and how to search for them to guarantee a good catch.

Catching bass during the spawning season also paves the way to fish other species that are both prey and predators of the bass. In this article, we’ll discuss more spawning and when do bass spawn.

When Do Bass Spawn?

There are three stages of spawning—the pre-prawn stage, the spawn stage, and the post-spawn stage. If you’re a regular bass angler, this cycle may already be predictable depending on the season, especially that it happens every year.

Spring is one of the best seasons for anglers to catch bass. This is when the bass is beginning to be active from being in the semi-hibernation state in the winter.

During the early spring, they enter the moon phase. It’s believed that before and after the full moon is the best fishing period, but for bass fishing, the moon phase where you can catch big bass like largemouth bass show up during full moon.

The bass will start looking for food to regain their lost energy during winter. They are most active during the early morning or later in the evening.

Since the bass started to move in shallow water, it’s now time for them to search for spawning areas to build their nest. They travel in different locations during pre-spawning, usually near the shore or in protected sections like inlets or coves.

If you target bass during this period, it’s good to use live baits like any mid-range fish or the lipless crankbait. The male bass tends to eat heavily during the pre-spawn, so there’s a higher chance that they’ll be attracted to the bait easily.

At this time, female bass starts to settle in their spawning beds. Their beds are situated at around 1-15 feet underwater or in shallow areas. Preferably in prime areas with direct sunlight to ensure that the water is consistently warm. The males will guard the spawning beds by eating the predators that go near the female and the eggs.

Anglers prefer to go fishing during the spawning process because it gives them the opportunity to catch the largest bass. A technique commonly used is to drop shot rigs for bass with a heavy jig, especially with muddy waters and you can’t see the beds.

When the bass have finished spawning, it’s time to leave their beds. The male bass will stay behind their offspring or the fry in the shallow bay. On the other hand, the female bass will try to recuperate from the hardship of spawning by leaving the shallows and moving back to the deeper water.

However, even though they go into the deeper water, they can easily be tricked by using live bait such as wacky worms or Texas-rigged finesse.

During the early summer, expect hotter temperatures. With this, the water temperatures allow the bass to go deeper into the water, so catching them may be quite challenging compared to the spring season.

The increase in water temperatures affects the bass’ productivity. It’s ideal to fish early in the morning and at dusk to ensure your successful catch. If you couldn’t catch at the preferred time of the day, start feeding the bass with attractive bait like the frog, crankbaits, and other big fish in the spawning area.

As the season shifts into the cold season, the water cools slowly. Since the bass came from the deep waters in summer, they’ll begin moving back into the shallow bays to feed themselves and be ready for semi-hibernation during the winter.

If you’re fishing in the lake, the water temperature in all areas doesn’t cool down altogether at the same time. Hence, the use of a water thermometer is helpful to determine where there’s a sharpest temperature drop-off because it’s where most of the bass migrated.

During the fall season, anglers prefer lake fishing because the water in this body of water isn’t clear, so the bass will stay in the shallower areas. If the water is clear, like in the rivers or streams, there’s a tendency that they’ll go deeper in the water or hide in the weeds.

This is where the water temperature will fall down at around 30-40 degrees Fahrenheit. During this season, their metabolism goes down, so no matter what bait is used, there’s a chance that they won’t fall into it. Most of them will stay at the bottom of the lake until late winter.