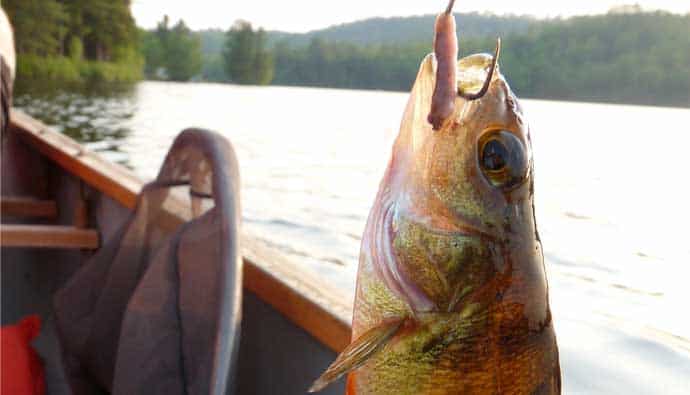 Perch is a general name that spans a wide variety of fish. In this article, we’re going to focus on yellow perch. 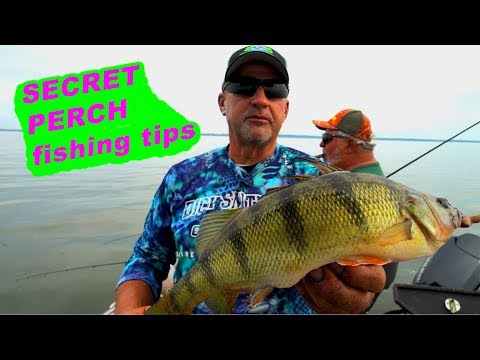 Wherever you catch it, the fish provides hours of fun for fishermen of all types whether you are fishing out on the water or from the docks.

Known as the quintessential panfish, the yellow perch, in particular, is a sought-after species due to its excellent taste. As the most distributed of perch, it is also called the ringed perch, coon perch, striped perch and jack perch.

Yet, it lacks sporting qualities compared to its larger cousins, the sauger and the walleye.

Look for the yellow perch in the southern parts of west-central and eastern Canada and south of Kansas, Missouri, Indiana, and Ohio. The body of the perch is elongated and compressed and the two dorsal fins are separated while the tail is forked.

The perch feels right at home in small and large lakes but small numbers can also be found in rivers. It prefers to remain in areas that have a steady supply of cool, clean water with ample amounts of sandy and rocky bottoms.

It’s a carnivorous fish that feeds on smaller fish, insect larvae and shellfish that lies at the bottom of lakes and streams. The species is plentiful in the Great Lakes, especially in Lake Erie.

How to Fish for Yellow Perch

Freshwater perch fishing can be a lot of fun if you have the right gear. Since feel bites are hard to detect, you won’t feel any bites if you don’t use a sensitive rod, light line, and tiny terminal tackle.

Don’t use anything heavier than a light power rod. Use a 4 to 6-pound quality monofilament so that you can have the shock strength, abrasion resistance, and sensitivity you are looking for.

Since perch has smaller but tougher mouths compared to crappie, use a #6 or #8 hook with live bait. One of the best perch baits you can use is soft shells such as crayfish since it is available all year round. If those aren’t available, you can also use minnows and nightcrawlers.

Perch is active after dark, especially during the spawning season in the spring when the temperature of the water rises to about 44 degrees.

Now spring perch fishing will be at its peak as the fish mates in shallow waters and tributaries where they will remain active 24/7. Fall is also an ideal season for perch fishing while summer is far less so.

In mid-summer, the temperature rises in shallow lakes which makes the fish lethargic to the point that it stops feeding. Thus making it difficult to catch.

How to Clean Yellow Perch

How to Cook Yellow Perch

Q: What do perch eat?

Q: Is the perch fish a strong fighter?

A: Perch are not known for their fighting capabilities. It may not have much angling value but it provides hours of fun and pounds of delicious food.

Q: Is perch good to eat?

A: The fish is known for its delicious taste and texture so yes it is a great table fish.

Compared to most perch that are farm-raised, the tilapia or Nile perch can be found living in lakes so make sure you have the appropriate gear.