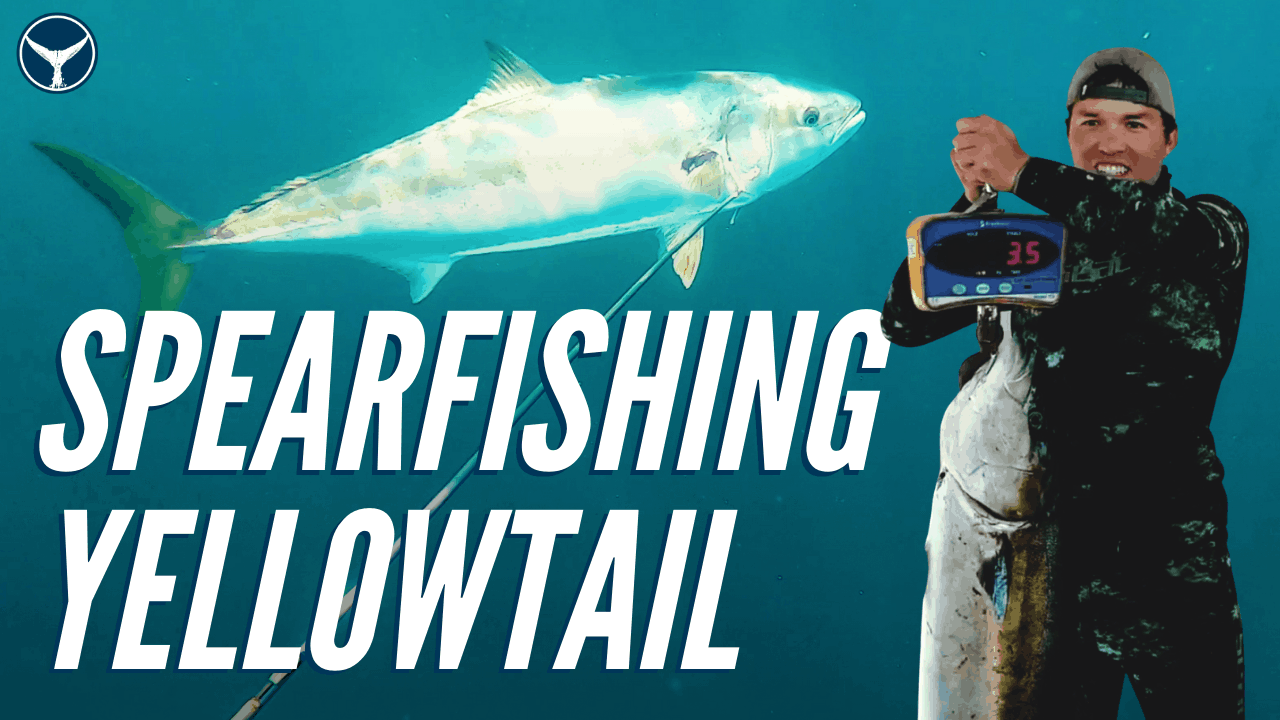 Yellowtail are awesome fish to target in Southern California and in Baja.

In other parts of the world they are called Kingfish and if you want more information on fish biology, check out our yellowtail fish guide.

Flashers are one of the best tools for attracting kingfish or yellowtail in close for a shot. You can use throw flashers where you throw it out away from you and wait for it to sink 20-30 feet then go down and look for the fish.

You can also make a flasher that’s attached to a float using pom poms and pull the string to make it look like squid or shiny fish are active.

SoCal spearfishing for yellowtail is generally a bit more challenging than Baja. San Diego seems to produce more than up in my part of town, but Catalina is a good spot to check out during the spring and summer months.

My buddy did land an 18-pounder in January out at Catalina a few years back so it’s possible.

Lots of guys seem to get yellows as consolation prizes when going out looking for tuna. When in doubt, check under a patty. There’s a good chance at least smaller ones are under there.

Your speargun should be able to pack a punch. A 120mm three-band traditional gun would do the job for most medium fish. The largest I’ve shot with a small 100cm pipe gun was 34.5 pounds, but I don’t recommend it.

Float lines are safer especially if you’re out in blue water, but a reel is also manageable.