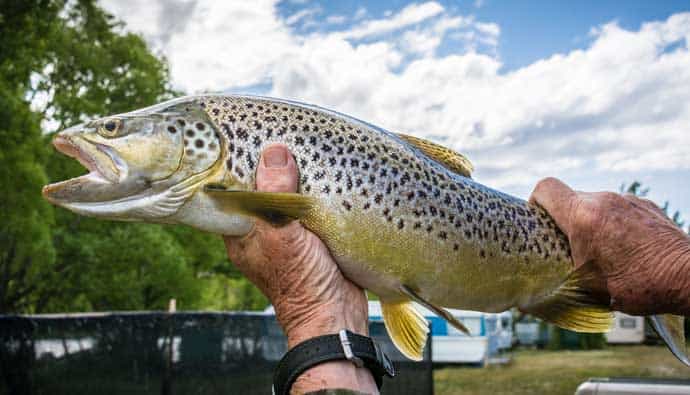 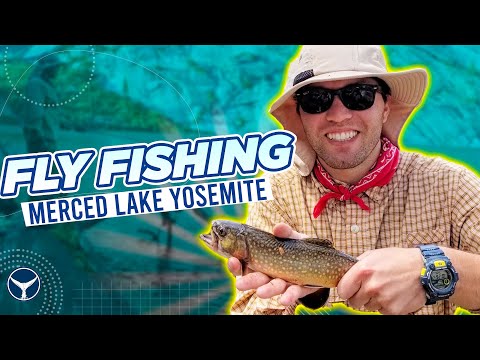 Brown trout have a special place in the hearts of anglers.

This trout species originated in Europe and proliferated quickly. Lesser in number than their famous cousin the gorgeous rainbow trout, this rare fish is a treat for both veteran and novice anglers.

Browns thrive in cool rivers and lakes and are common in Argentina and Chile. Some can even swim right out of the water. Native varieties can go as far as Norway and the White Sea tributaries in Russia as well as the Atlas Mountains that are located in North Africa.

This self-sustaining trout can also be found all across the states and it varies in size (ranging from 3lbs to 7lbs). However, the absolute whoppers can weigh up to 14lbs.

In this article, we’re going to share with you some AMAZING trout fishing tips sure to help you catch a lot!

Brown trout, particularly the sea variety, is considered to be a single, polytypic species. Since this trout is quite adaptable, it has been further divided into several different species. The larger types are quite reclusive – they usually remain at the bottom or hunker down under a bank till night time. That is the only time they come out to hunt, which makes this time the best one to hunt the monster brown trout.

Unfortunately, because of its high value, Salmo trutta has been overfished. According to a study, they have decreased in numbers ever since they were first introduced back in 1884.

Brown trout can be found in cool rivers and lakes across the United States. Lake temperatures are consistent during the spring, which lures this trout species to the shallows.

Even if the water is cold, the warm weather encourages the fish to spawn which it cannot do in deep water. In other words, spring is the best time to fish for brown trout. It swims to the depths during the winter (since that is the warmest part of the lake) and emerges during late fall.

How to Catch Brown Trout

There’s no best way to catch this trout from shore. This fish isn’t particularly picky and can be caught using flies, lures, and baits. One of our favorite methods is using a Tenkara rod and keeping the fly fishing simple whenever possible especially when hiking in the backcountry.

One of the best ways to fish for Salmo trutta is via trolling, especially when they swim to the deepest part of the lake. To perform this technique, use at least 150 feet of line so that you don’t disturb the surface of the water much and cast far enough so that the sound of the boat’s engine doesn’t scare the fish. Plus, use a light spinning tackle to cast your bait.

Most brown trout anglers know that the diet of the species differs according to size. The trout species usually starts off by feasting on crustaceans and insects. As it grows, it develops a taste for other fish such as minnows, suckers, and even smaller trout! That is why some anglers prefer to use elaborate flies such as the Heifer Groomer.

Which Season is Best to Catch?

Use flies that look like local insects in color and size to increase your chances of a large catch.

The best time to catch brown trout during the summer is during the first hour after sunrise. Most brown trout head to deep holes at the base of rapids to avoid the current.

Cast your line from a bar that is beside a feeder creek during the fall. That is the spot that browns migrate to from a lake or river for spawning.

During the winter brown trout can be found in oxygen-rich dam trail races where it spawns. However, the water flow determines where you may find them.

How to Clean Brown Trout

How to Cook Brown Trout

Q: What do brown trout eat?

A: Insects and even smaller trout and fish.

Q: When is the best time to fish for brown trout?

A: Spring is the best season to fish for brown trout since the temperature of the water is consistent throughout.

The trout will also eat spoons and spinners but if you are fishing for the bigger ones, use jerkbaits and minnow plugs. Make sure that the ones you use are in the color of the local foliage to fool this smart fish. If not, use a color pattern that mimics their skin color – brown trout also eat their young so this bait will work.

This trout is a great fish for both veterans who want to improve their fishing game and novices who want to learn basic skills. If you would like to share your experiences of catching this amazing fish, comment below and share this article if you liked it.