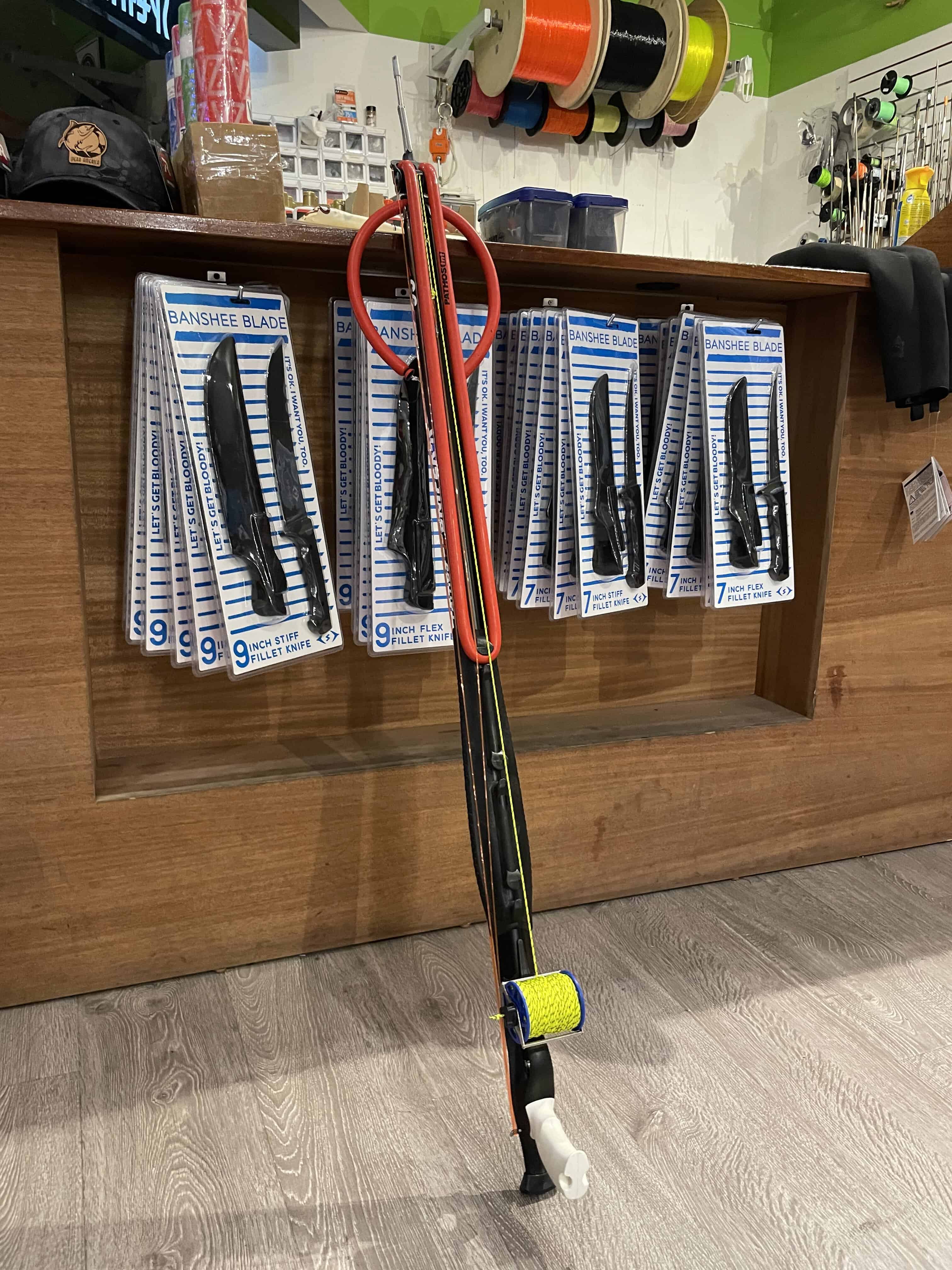 I recently had a chance to take my new Pathos Sniper Roller speargun down to Baja to see how effective it was at shooting fish.

Here’s my review including what I like and dislike about it. In a nutshell, it’s a solid speargun for SoCal and Baja spearfishing and depending on the size…all over the world.

I opted for the aluminum body because I’m biased towards metal spearguns. I used to work at an aerospace company and remember working with materials engineers in the composites department.

They would always say carbon fibers were strong, but the weakest link was the epoxy.

I’m hard on my spearguns, therefore I’m under the impression that aluminum would hold up better to abuse. It might not be as light, but it sure is durable even if it’s dented.

I opted for the 95cm and I feel it’s a great all-around size for most species including reef fish, grouper, and yellowtail.

The Pathos Sniper-R comes with a kicker band. This adds recoil to the shot.

The point of a roller is to have lower recoil compared to traditional spearguns. I understand that if you need that extra punch you can use it, but I found myself just leaving it dangling. You could put it on the support shark fin, but usually, I was too lazy.

I feel you can remove the kicker band and just run it hotter with the main band.

This gun is a laser. It hit where I expected. I took some dangerous shots since it’s an enclosed track where bending my shaft would have been no bueno.

Overall it’s fairly straightforward once you’ve practiced a few times. I don’t use a load-assist band so it’s a little tricky flipping the gun over and loading the bottom portion.

The enclosed track makes it easy to load the shaft.

I use a double wrap without a metal clip that connects the mono to my reel line. Use a quick-release knot if you need to remove the mono through the fish if you can’t get your shaft through.

The trigger mech didn’t give me any problems, but there are stories that it’s not the best out there compared to say Meandros or Ermes. Time will tell, but so far it’s been fine.

Would We Buy It Again?

Yes. This is my first Pathos roller gun and it served me well down in Baja.

I’m used to my Meandros b28 105cm and I opted to use the Pathos more on the trip. I also had a larger three-band wood gun that served me well, but the accuracy of the Pathos made up for the punch of the bigger gun on the trip.

One tip, to make it easier to load, my buddy Adrian recommends using a Dremel to remove plastic from the loading notches.

Get 10% OFF Using Promo Code “CASTANDSPEAR”