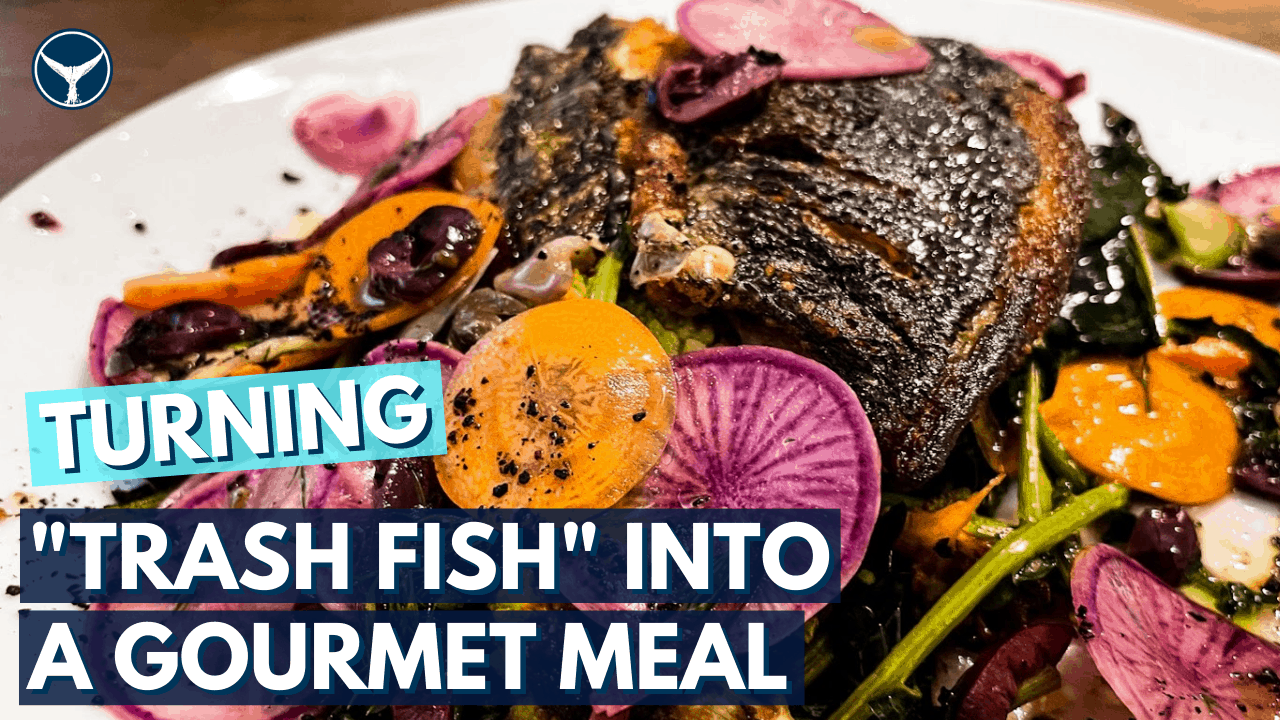 I believe that all fish have a purpose in the ecosystem and the dinner plate. However, just because someone is skilled at catching a fish doesn’t mean they know HOW to cook it.

That’s why I brought in celebrity chef Daniel Holzman who’s an absolute stud in the kitchen to try and cook our not-so-common table fare fish.

In order for us to get our ingredients, we went spearfishing in one of my local spots. We targeted black perch, zebra perch, and halfmoon perch.

All three of these fish are not considered the highest-quality table fare.

Foraging for Uni and Octopus

No catch and cook meal would be complete without a bit of uni and octopus as side dishes. Chef Holzman made us some of the best-tasting octopus ceviche from an octopus he was able to find while spearfishing.

For the uni, we incorporated it within our veggies to give it a bit of an umami flavor. I prefer going after the red sea urchin, however, you can use the smaller purple ones as well.

No Such Thing As a Trash Fish

Honestly, there’s no such thing as a trash fish, but rather inexperienced cooks. If you’re planning to take fish home then spend a bit of time on YouTube looking for lessons on how to prepare it so it tastes great.

You have one of the best resources at your disposal, savor it.