The Knotless Knot is famous for carp fishing, especially when creating the Hair Rig. This allows the bait free of the hook allowing the best chance for the hook to penetrate the fish. 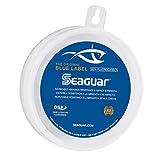 Q: How to tie a carp hair rig?

A: Create an overhand loop fishing knot then put the tag end through the eye. Wrap the mono or thread around the shank at least five times, then fish the tag end back through the eye of the hook. Moisten and pull the loop end, and the tag end tight to secure it in its final resting position.

Q: How do you make knotless knots?

A: You make a knotless knot by doing a series of wraps over the tag end of the line that’s resting on the shank of the hook then locking down the other end by putting it through the eye of the hook.

Q: How do you tie a knotless hair rig?