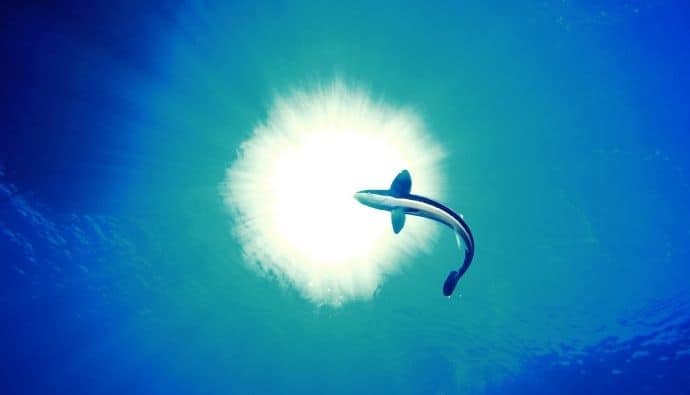 As an angler, deciding what to do with the fish you have caught may be challenging. You would wonder at some point if it’s best to consume them or toss them back to the water instead. Among the variety of fishes, you may have encountered the Remora fish.

The first question that pops to mind once you’ve caught the Remora fish is if you can eat it. To answer this, you must know the facts about this species.

Here’s the answer to the question “can you eat remora fish?”.

Interesting Facts of A Remora Fish

One of the essential parts of being an angler is knowing your fish. Your decision to eat a fish would depend on its type and characteristics.

The Remora fish, belonging to the family Echeneidae, are called hitchhiker fish or suckerfish. They are tropical and sub-tropical fish that live primarily in the open sea.

One of their unique characteristics is their round disc atop its head, a suction cup that attaches itself to a large host animal.

You may think that Remoras are parasites just because they need a host fish. However, they are not dangerous. They simply attach to a larger animal and hitch a ride, providing nothing in return.

Aside from the free ride, they get to feed the scraps that drift to them as their host feeds. By being with the host, they have the protection they need from other predators and may even find a mate on their journey!

Is a Remora Fish dangerous?

The Remora fish fits well into our ocean’s ecosystem since they don’t bother its host. They rarely frustrate anglers and taste good after being cooked!

Habitat of the Remora

Remora fish don’t live in a specific habitat as they go wherever their hosts go. They can be sharks, dolphins, or another much larger host. Aside from animals, they also attach to boats and human divers.

Distribution of the Remora

You can find Remora fish in the tropical or temperate waters in America. Its territory spans large areas within the Pacific, Indian, Atlantic, and Caribbean oceans. They can also be found on shallow beaches.

How a Remora Fish Appears

Remora fish are thin, elongated with three colors: black, brown, gray. Depending on which species, they vary in size. But the most common is around 15-20 inches long, weighing 2-3 pounds.

You can recognize these creatures immediately because of their dorsal fin, an oval sucker-like organ that is suctioned. Their gills curve around this area.

They have smooth skin and are covered with small cycloid scales. Additionally, horizontal lines are present on a remora.

This sucker-fish also has a flat head with a small body and a protruding lower jaw. These fish cannot survive in still waters and thus require constant passage on their gills to survive.

Diet of a Remora Fish

Most of Remora’s meals come from the host, thus feeding mostly on scraps. They’re not only limited to this, though. Their food sources include scraps from other hunting animals, parasites, and planktons.

If ever you’re planning to get your hands on a Remora, good luck. They do not swim in schools, so it is a challenge. You can’t fish these suckers without catching their host first while the Remora is still attached.

How the Remora Fish Name Came To be

“Remora” is a Latin term from “holding back.” This was attributed to the death of a Roman whose ship was held back due to a remora attaching itself to the ship, allowing the enemy ships to strike.

What Makes a Remora Fish Special

The fact that Remoras can attach to a shark and still survive is an interesting one. However, they cannot attach to every host they want.

A shark might also see Remoras as a tasty treat rather than a free rider. So they must be careful when choosing one.

What to do with the Remora Fish

Now that you know some facts about the Remora fish, it’s time to decide what to do with them when you catch one. By choosing wisely, you get to spare the life of a remora or use it to your benefit.

Can you eat Remora Fish?

Most anglers are curious about what a Remora tastes like. It’s safe to say that you can cook one for dinner. But you should know that it does not have much meat.

Since this fish is very small, the best way to cook it is to fillet it then fry it with butter and seasoning.

The good thing about eating Remoras is that it is easy to clean. You simply have to remove the lateral line, and you can eat it without worrying about the bones.

If you do plan to fillet a remora, here are the best fillet knife for saltwater fish and electric fish filet knife.

Tossing the fish back

Because of the lack of meat that Remora fish has and the challenge to flavor them properly, it is unlikely that this would make a great meal.

So, most people throw this fish back into the water and let them continue their journey with their host.

Using the Remora Fish as Bait

When you like neither of the choices above, the Remora fish can be a good bait. You just have to attach the fish into a line or rope and let it do its magic. It would swim around the water to look for a host fish.

Once it finds one, it attaches itself to it, and ta-da, you have a catch for the day. Aside from catching a large fish, a Remora fish is also the best way to attract sea turtles.

Because of how useful a Remora fish can be as bait, it might as well be called a ‘fishing fish’ since it will do most of the work. If you’re out fishing and looking for a big catch, a Remora could be your buddy.

The Remora fish is uniquely designed. They have suction cups on them for food and travel purposes and won’t let go until you do so with either one thing: throwing it back into the water or using its sucker abilities for baiting!

It’s best to put it back in the water because there isn’t much to eat anyway. Although some people still enjoy eating these suckers due to their tough outer layer, which makes up most if not all “flavor.”

Hopefully, this article helped you with knowing more about Remora fish. If you happen to see a Remora swimming near your boat, don’t worry, these species have a symbiotic relationship with their host. They do not harm the species around them, even humans.