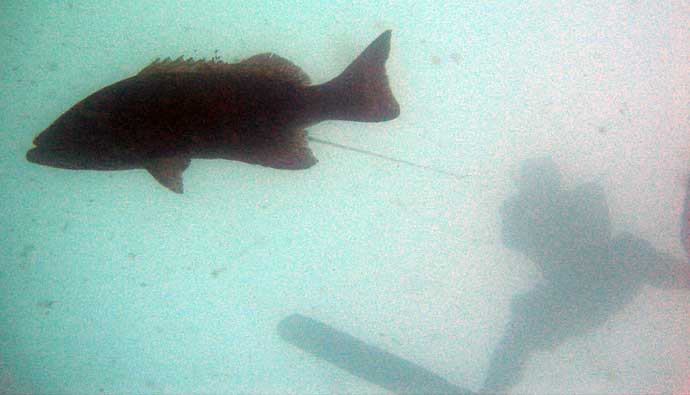 Any seafood enthusiast will tell you that the tastiest part of a grouper is in its cheeks. However, filleting these tiny delicacies can be tricky if you want to ensure you get perfect medallions out on your first try.

This guide will do a deep dive into not only what makes that part of a grouper special, but also how you can fillet it and cook it to perfection.

Why Are Grouper Cheeks Special?

Grouper meat is sought after, but most people miss out on the best part of the fish – its cheeks. If the grouper is large enough, the meat from its cheeks would be enough to make a hearty sandwich.

The flesh of grouper cheeks is more succulent and sweeter compared to any other cut of the fish. That’s because, like an overused muscle, it retains its shape and is rich in flavor.

The fish itself can weigh about 500 lbs, but the market is usually filled with smaller varieties, which are barely 5 to 15 lbs in weight. However, certain species can cause ciguatera poisoning so always be careful to check your local state guidelines and recommendations..

Depending on how massive the grouper is, the grouper cheeks you get can either be as small as cherries or as large as apples. If you want enormous grouper cheeks, go for red grouper fish from the Gulf of Mexico. The fish can get quite big, but you can get massive cheeks from black grouper as well if it is large enough.

Grouper cheeks are jaw muscles, which are beautiful hunks of meat located just above the mouth and right below the eye on top of the gill plate. Filleting grouper cheeks for the seared grouper cheeks recipe can be tricky at first.

Here is a simple step-by-step method you can use to get them clean out:

Put the tip of your filleting knife right on the line the top lip of the fish makes.

Using the jaw bone to guide your knife, start sawing gently in a circle along with it till you get the cheek off.

At this point, the cheek will be hanging off by a sliver of skin. Put your thumb in between the meat and the skin and pull the skin off with one hand while you pull the cheek off with the other in the opposite direction.

Cut the meat out at the end when it is barely attached to the skin to get a clean cheek.

Flip the fish and repeat the steps above on the other side to get the second check out. Now you have two grouper cheeks you can enjoy. If you chose the fish with care, you would not get ciguatera poisoning.

Here is a fantastic recipe for seared grouper cheeks that is on the menu at the Hyatt Regency in Orlando:

Put some of the creamed corn mixtures into a plate and place two grouper cheeks on it. Then place two blistered peppers crosswise on the side of the plate as well as some of the crispy tomato skin. Place fresh coriander leaves on top before serving.

Don’t be too heavy-handed on the salt, though. You may ruin the natural flavor of the grouper cheeks otherwise. You can use meat from both red grouper and black grouper fish for this recipe if you want to.

Q: What are grouper throats?

A: It is a piece of the fish that is connected to the bottom jaw, which includes the pectoral fins, and extends right down to the stomach.

Q: Where can I find grouper fish?

A: The best grouper, the red grouper can be found in waters surrounding the Gulf of Mexico.

Q: How many species of grouper fish are there?

A: There are over 159 species of grouper fish across the globe Distinguishing different types of grouper fish is not easy, but most groupers feature rectangular dark grey blotches on the side of their bodies. The red grouper is more popular with anglers because of the intense fight it puts up when it is hooked. If it is large enough, you can get some significant cuts out of it as well.

Preparing this tasty cut of this fish is not difficult if you put in some hours of practice—the cleaner the cut, the better the presentation.

YouTube
Articles » recipes » Grouper Cheeks Recipe — How to Fillet Them