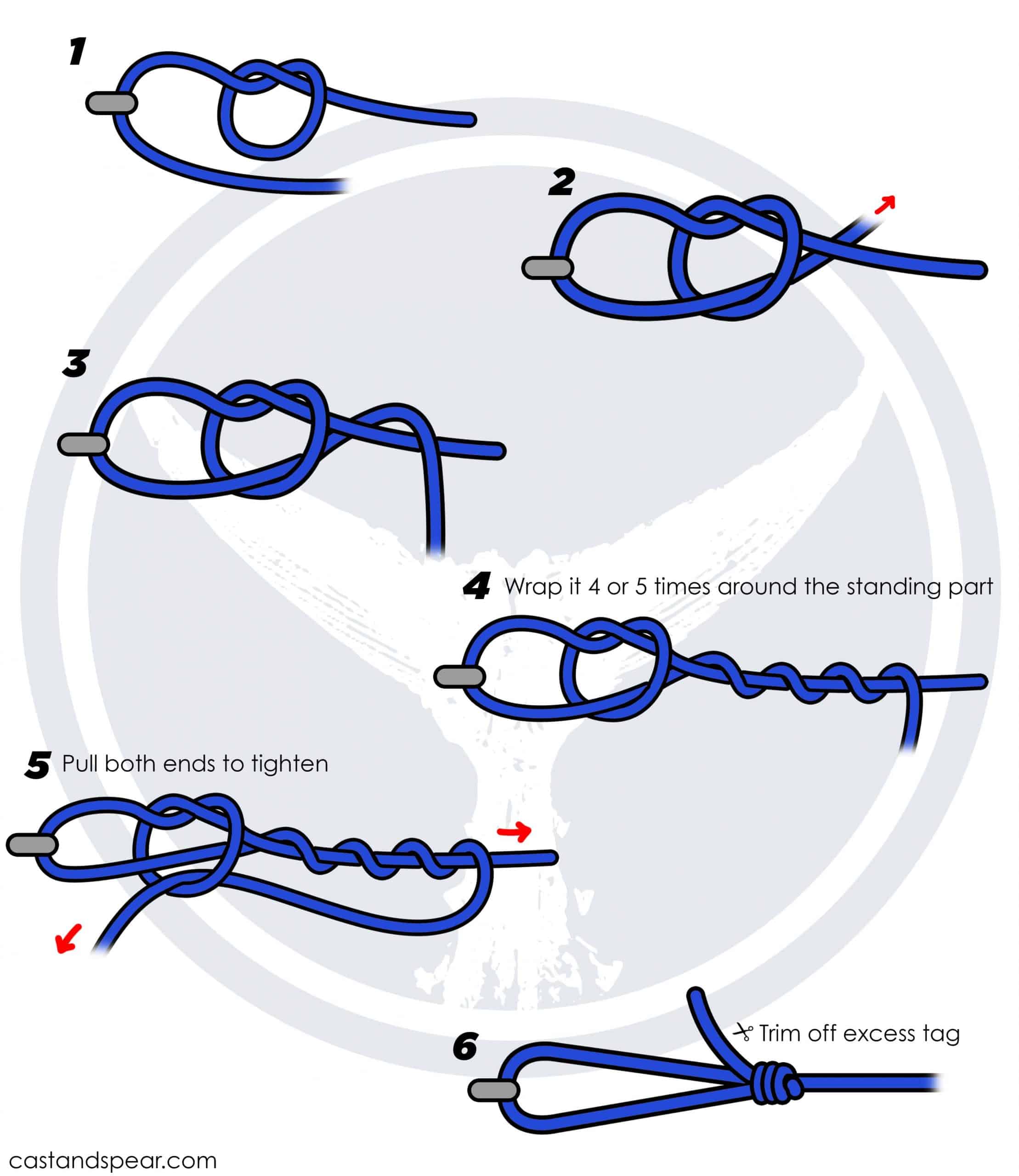 If you want to give your fly or lure more action to entice fish, you need to master the non-slip loop knot. Also known as the Kreh knot, non-slip mono loop, and non-slip mono knot, this loop knot for lures does not grip the fly or the lure. This allows it to remain flexible, thus giving the lure or the fly more natural movement in the water.

How To Tie a Non-Slip Loop Knot

Here’s a step by step guide on how to make the non slip loop knot.

Create an overhand knot in the fishing line at about 10 inches from the end.

Pass it through the hook eye and wrap the tag end of the line around the standing part at least four to five times. Then bring it through the overhand knot from the same side that you exited from.

Wet the knot to strengthen it and then pull the tag end slowly to make the wraps hold fast loosely.

Pull the loop and the standing fishing line in the opposite direction to tighten and complete the knot before trimming the tag end.

Watch the video below for a more detailed look at how to tie the nonslip loop knot:

About the Non-Slip Loop Knot

Developed by Lefty Kreh, the Non-Slip Loop Knot is a stronger version of the original Homer Rhodes Loop Knot. It was created after a series of tests in hopes of making a strong loop knot. From its creator, the non-slip loop knot is often called Lefty Kreh’s Loop Knot.

Since the Non-Slip Mono Knot is strong, it’s mainly used to make a very strong fixed loop for the fly or lure.

Both the perfection loop and the non-slip loop knot are perfect for loop knot fishing and as a loop knot for a lure. The former can be used to create a smaller loop compared to the latter.

Plus, the Perfection Loop does not require as many wraps as the non-slip loop knot in order to hold fast. As far as fishing knots go, these two are favored by fly anglers, especially those who prefer monolines.

How to tie a knot that won’t slip?

To tie a knot that won’t slip you need to have the proper friction using bends and pinch points. For mono, you can get a way with fewer turns than you could for braid due to the material differences.

What is this knot best used for?

The Non-Slip Loop Knot is great for making a loop at the end of your leader the exact size you want, while making it easy to put on your lure.