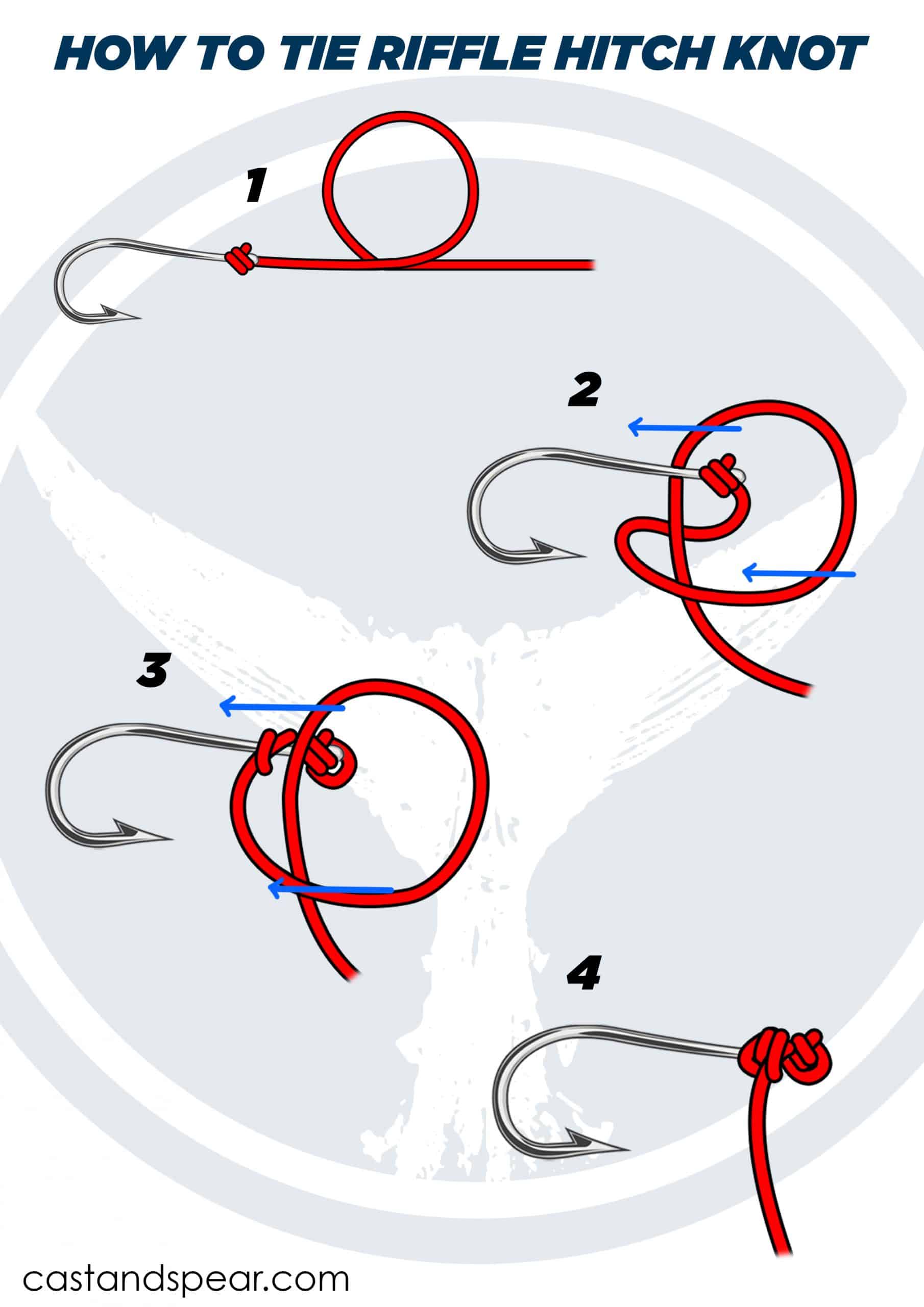 If you love fly fishing for salmon or trout in a river or stream, you need to learn how to tie the Riffle Hitch.

This fishing knot allows the fly to skim across the surface of the water to attract fish that are feeding close to the surface. This is called the rifling hitch fly fishing technique, thus the name.

Tie the riffling hitch fly to the leader using your favorite knot or a Turle Knot if you are unsure.

Create a loop in the leader in front of the fly.

Create another loop like the first one and pass it over the fly.

Tighten the half hitch that was formed in the second step.

Maneuver the fly so that the leader passes the knot that lies below the eye and alongside the hook shank. 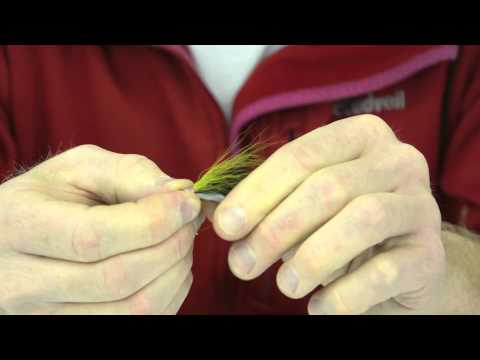 To attract salmon to the surface of the water using a riffling hitch technique, use shimmering material on the hitch flies. This will prove irresistible to the fish, especially the Atlantic salmon. That’s because the small fish flies look like fleeing baitfish or herrings that the salmon loves to eat.

You will get similar results if you are fishing for trout or steelhead. However, it proves the most useful when the fish are feeding near the surface for insects on the water’s surface.

The reason why the riffle hitch is so useful for catching strong fish is because of the enticing action it offers. To get the most action, use it when stoneflies are laying their eggs and are active on the water.

The riffling hitch is just a few half hitches that are tied to the fly head, making the leader jut out at a right angle. If you want to make it lively, use a stiff, heavy tippet. This can be tied to extend either on the left side, right side, or under the fly head depending on the type of action, you want to generate.

The most useful version of the riffling hitch is one that makes the tippet veer towards the bank side of the fly when it is pointing upstream.

Riffling hitch flies are lightly dressed flies that can be compared to number ten and 12 wet flies.

Fly fishing anglers who prefer to catch large fish such as salmon know how difficult luring them to the surface can be. The riffling hitch knot eliminates that effort because it mimics shiny injured baitfish on the surface, which these fish cannot resist going after. Whether you are fly fishing on a river or over a stream, this technique will come in pretty handy.

The only con we could see is figuring out which side the hitch should be tied on for the best results. Unfortunately, the only way to determine this is with practice.

Knots for Attaching the Hook

Q: Can I use a single half hitch while making this knot?

A: Yes, you can use a single half hitch if you’re out of room on the shank of the fly behind the hook eye. Just make sure that the line comes out below the eye, so it lies perpendicular to the hook itself.

Q: Which fly should I use to attract salmon?

A: The type of fly doesn’t matter as long as it is bulky enough to catch the current and plane to the surface. The speed of the current should determine your choice.

Q: What is a Turle Knot used for?

A: The Turle knot is used to connect a fly with an upturned or downturned eye to a line. That is why it is popular in fly fishing.

Q: What is the best way to ensure the rifling hitch technique works?

A: Make sure you don’t go crazy trying to make the fly mimic struggling baitfish. Massive action can scare the fish away. The best time to use this technique is when you can see insects on the surface of the water or by the bank.

YouTube
Articles » Fishing Knots » How to Tie a Riffle Hitch