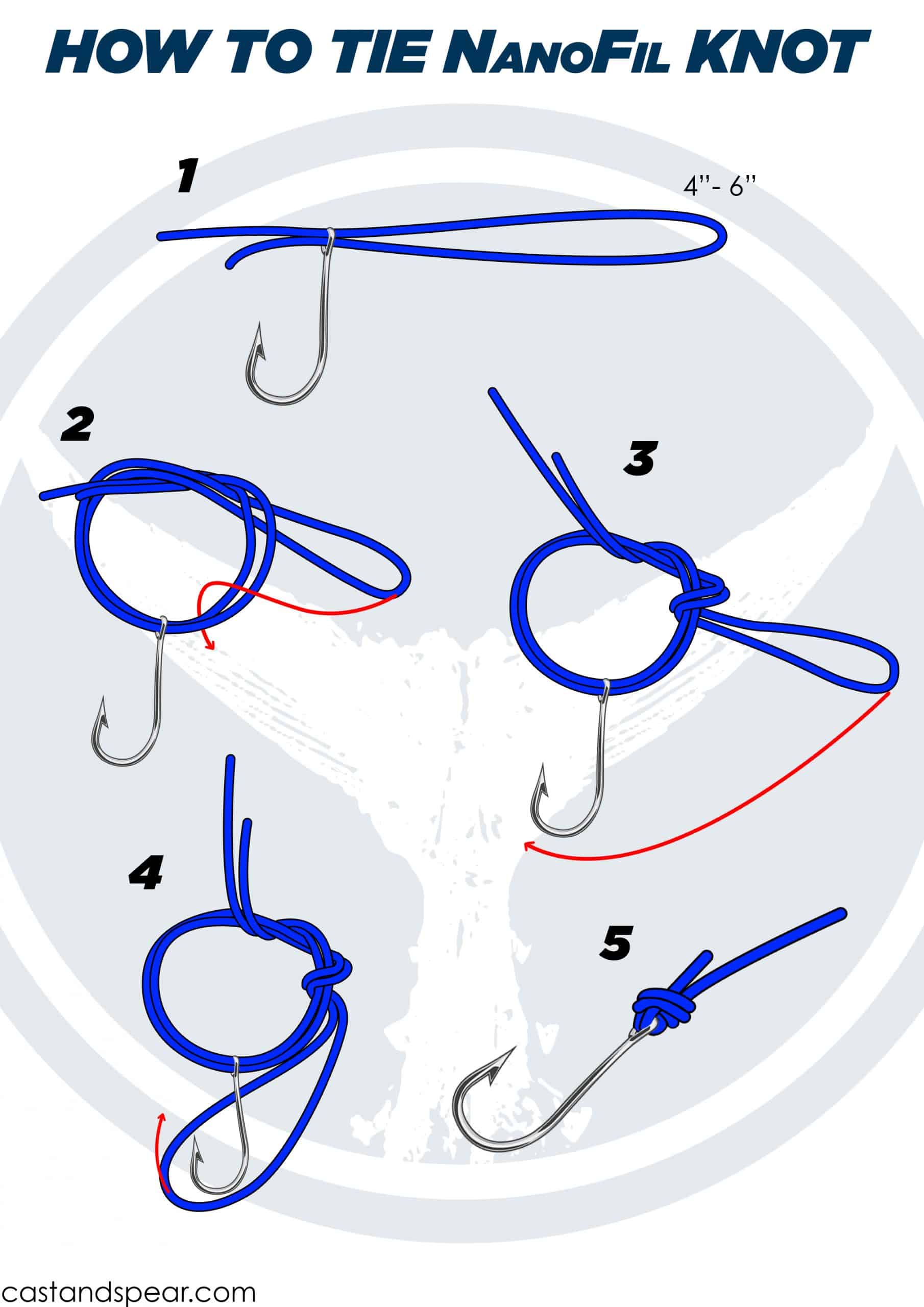 The Nanofil fishing knot, aka the Berkley Nanofil Knot, is made from gel polyethylene, and it is known for its super thin profile, strength, lack of stretch, and zero memory. It is basically a Palomar knot that includes a double overhand knot rather than the single one, so it is also known as the double Palomar knot.

It is one of the few fishing knots that can be used to tie terminal tackle with super braids such as the Spiderwire.

Double over at least six inches of fishing line and thread the end of the loop through the hook eye.

Make a loose overhand knot making sure the hook hangs from the bottom.

Hold the overhand knot between your forefinger and thumb and then pass the loop over the hook before sliding the loop above the eye.

Pull-on the tag and the standing end of the fishing line to tighten the Nanofil knot on the eye. Make sure that the knot doesn’t hang on the shank.

Cut off the excess tag end to close the knot.

Tie these knots several times to get the hang of them and to make sure they don’t break.

Both the Nanofil (Berkley or Double Palomar) and the Jansik Special knot can be tied to a lure or the eye of a hook quickly. However, the former can retain 15% more fishing line strength compared to the latter.

On the other hand, the Jansik special can take a lot more abuse in comparison, especially when you are trying to catch aggressive fish. Tying these knots is not difficult either. 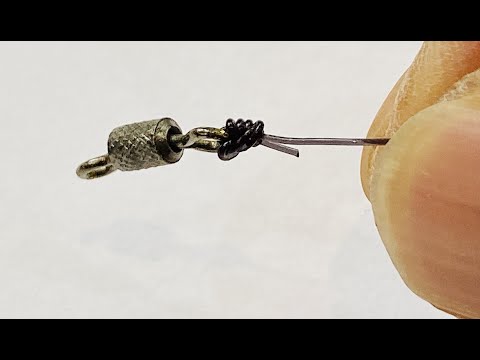 This one can be used for effortless and long casting with reduced drag. Since it has zero memory and is quite flexible, it does not snag the line and offers a clean cast. It is the most useful for anglers who require a sensitive knot that can help them feel subtle bites.

So they can spend more time fishing and less time untangling the line. You can tie a braid to Nanofil knot, a Nanofil leader knot, or a Nanofil to the mono knot as well.

The Nanofil knot can be painful to tie at first, but that is nothing that some practice won’t fix. Plus, it is nearly invisible in the water and offers a thin profile for the perfect cast.

Do you need a leader for a nanofil line?

You will need a leader on the braid for this. The leaders will be vital if you are fishing in clear water.

Does the Nanofil knot float?

Yes, it floats high in the water and mends well as well. Plus, it does not absorb water as such.

Is FG knot for Nanofil good?

It is considered to be one of the best knots to use in a nano line.

Double Albright and Nanofil knot. Which one comes out on top?

The Double Albright does because it can retain almost 100% of the total line strength.

YouTube
Articles » Fishing Knots » How to Tie a Nanofil Knot